Turkey denies claims on Mosul staff captured by IS 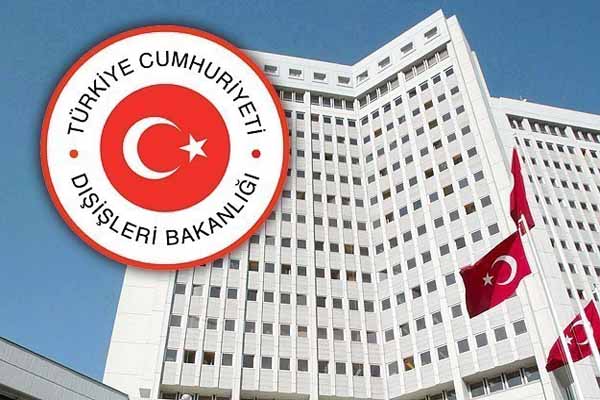 Turkey’s Foreign Ministry rejected Monday claims on the country’s general consulate staff in Mosul, who have been kept hostage by the Islamic State since June 11. Foreign Ministry spokesman Tanju Bilgic said the allegations in the Turkish press about the health condition of the Turkish general consul in Mosul and the consulate staff are "unfounded." Bilgic said such news could have very negative effects on the Mosul consulate staff and their relatives. "The accuracy and reliability of information in respect to the source is necessary," Bilgic said. "Since the first day our staff were taken hostage, our government has been conducting extremely sensitive work through all relevant institutions." Earlier on Monday, Turkey’s Deputy Prime Minister Bulent Arinc talked on the latest developments regarding the Turkish hostages held by Islamic State militants, claiming they were alive, their location was known and that contact with them was being maintained. "Communication between the Turkish hostages and their families continues," he said. The Islamic State seized 49 Turkish consulate staff in July, including the consul-general and family members, in the Iraqi city of Mosul.