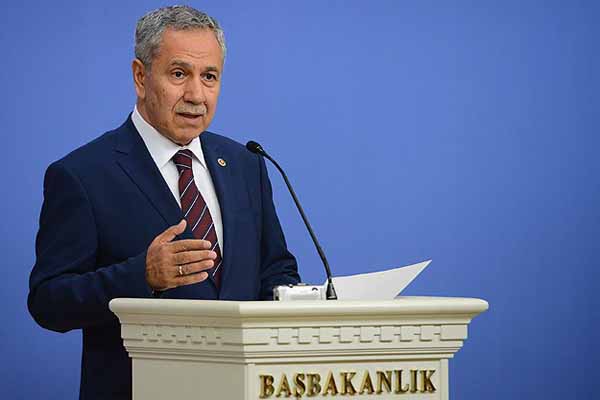 Turkey’s new government and prime minister will be in place by September 1, said Deputy Prime Minister and Government spokesman Bulent Arinc in a press briefing Monday following the last cabinet meeting chaired by outgoing Prime Minister and President-elect Recep Tayyip Erdogan. Foreign Minister Ahmet Davutoglu will become prime minister after Erdogan is sworn in as the 12th president of the Republic of Turkey on August 28, Arinc said. Arinc suggested that at least a part of the cabinet would remain the same. "A full resignation of the cabinet is out of the question," he said. Davutoglu will be the sole contender for the chairmanship of the ruling Justice and Development (AK) Party at an extraordinary congress on August 27 and will be designated as the prime minister -- if elected party chairman -- on August 29 by the new president. AK Party’s Central Executive Board had unanimously nominated Davutoglu as its candidate for the top role on August 21.

In 2012, he was listed by the Time magazine among the most influential people of the year.

Former U.S. Secretary of State Hillary Clinton described Davutoglu in her memoir "Hard Choices" as "a person who brought passion and wisdom to his post."

Davutoglu speaks English, German and Arabic and is the author of several books and numerous articles on foreign policy, international relations, political science and history.