In Warsaw, Ertuğruloğlu visited the Polish Parliament and met with former Polish Prime Minister and former President of the European Parliament Jerzy Buzek. 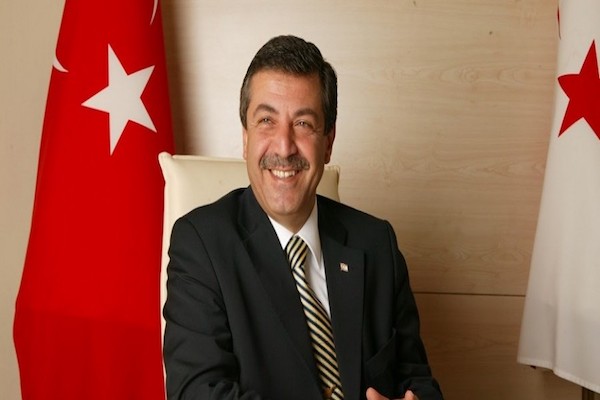 AVRUPALONDON - This week, TRNC Foreign Minister Tahsin Ertuğruloğlu helda series of working meetings in Poland as a guest of Diplomats International (DMW) and the European Business Club. During his trip, the Foreign Minister visited Warsaw, the capital, and Lodz respectively, where he held a number of bilateral meetings, attended conferences and gave several press interviews regarding the latest developments on the Cyprus Problem.

In Lodz, Minister Ertuğruloğlu attended the European Bio-economy Congress, which was organized in cooperation with two organizations in Lodz, as well as holding meetings with research institutions, universities, and companies during the Congress. The Foreign Minister also met Witold Stepien,Marshal of the Lodzkie Region.

Minister Ertuğruloğlu returned to the TRNC on Wednesdayevening, having completed his contact programme in Poland.