We regard this issue as an insult to the Turkish nation that we are an inseparable part of it. 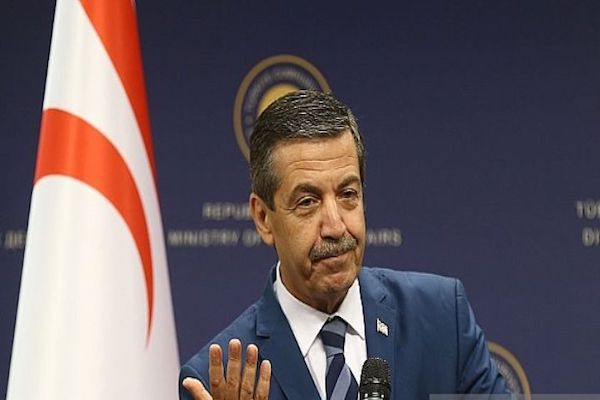 AvrupaLondon - Foreign Minister Tahsin Ertuğruloğlu has issued a formal statement criticising the hostility displayed towards Atatürk and Turkish President Recep Tayyip Erdoğan in the NATO Exercise Trident Javelin 2017 (TRJN17), which was held in the NATO Joint Warfare Centre in Norway between the dates of 8-17 November 2017.

Ertuğruloğlu's statement is as follows:

“We strongly protest that the photograph of the Founder Leader of the Republic of Turkey, Mustafa Kemal Atatürk, was shown among the leaders of hostile countries, as well as the implication, by using Turkish President Recep Tayyip Erdogan’s name that he is cooperating with hostile countries over a fake address at the "Trident Javelin 2017" exercise. We emphasize that this incident, which constitutes a scandal, is neither compliant with the behaviour of an ally, nor with the reasonable norms of friendship and humanity.

“We regard this issue as an insult to the Turkish nation that we are an inseparable part of it. While we acknowledge that the individual responsible has been dismissed from their duties and the NATO Secretary-General has formally apologized to Turkey, we expect an organization like NATO to take necessary measures to censure those who were also complicit in this event, as well as taking concrete measures to prevent similar incidents occurring in the future.”