Tatar, The reaction to the Archbishop shows the extent of the intolerance of the Greek Cypriot and Greek leadership

Tatar evaluated the speech of Turkish President Erdoğan on the first day of the 76th UN General Assembly: "He has become our voice and strength" 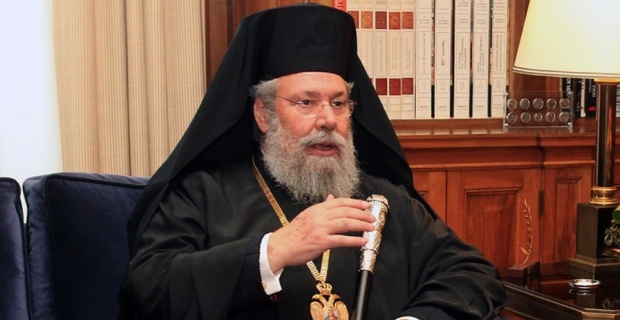 Pointing out the speech given by Turkish President Recep Tayyip Erdoğan on the first day of the 76th UN General Assembly, President Ersin Tatar said, “He has become our voice and strength”.
Evaluating the statements of Erdoğan, President Tatar emphasised that the Turkish Cypriot people expect to have equal rights and to speak and be respected in the international arena, especially in the UN”.

President Tatar: "The reaction to the Archbishop shows the extent of the intolerance of the Greek Cypriot and Greek leadership"

President Tatar expressed "While the participation of representatives of the two biggest monotheistic religions to this meeting, attended by many world leaders as well as the UN Secretary-General upon the invitation of Turkish President Recep Tayyip Erdoğan, is an act that should be applauded in terms of world peace, the Greek Cypriot-Greek duo reacted to this and it is an exemplary event that the Greek-Greek Cypriot leaders brought to the point of giving up a meeting with the Archbishop.
These political movements show the level of bigotry and intolerance of the Greek Cypriot and Greek sides. It is obvious that such behaviour that will deepen the distrust between the two peoples will harm the aforementioned efforts in such a period when efforts are being made for a reconciliation in Cyprus. We condemn such unacceptable actions and expect the international community to draw the necessary conclusions.”

Ertuğruloğlu meets with DiCarlo
TRNC Foreign Minister Tahsin Ertuğruloğlu held a meeting with Rosemary DiCarlo, UN Under-Secretary-General for Political and Peacebuilding Affairs, at the United Nations Headquarters and conveyed the views of the Turkish Cypriot side on the Cyprus issue.

Keywords:
President Ersin TatarTurkish President Erdoğan
Your comment has been forwarded to the administrator for approval.×
Warning! Will constitute a criminal offense, illegal, threatening, offensive, insulting and swearing, derogatory, defamatory, vulgar, pornographic, indecent, personality rights, damaging or similar nature in the nature of all kinds of financial content, legal, criminal and administrative responsibility for the content of the sender member / members are belong.
Related News