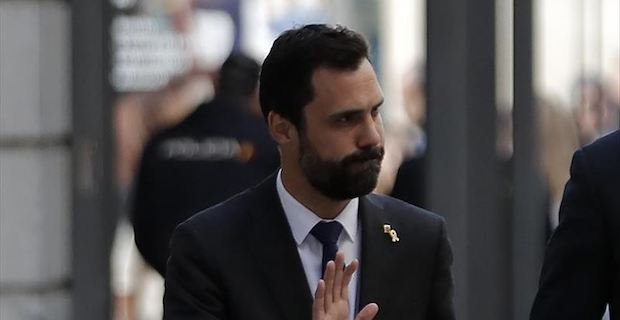 Two high-ranking Catalan politicians had their phones hacked in 2019 using spyware that its makers say is only sold to governments, revealed a joint report by The Guardian and El Pais on Tuesday.

Roger Torrent, president of the Catalan Parliament, and Anna Gabriel, spokesperson of the far-left separatist party CUP who fled to Switzerland after the failed independence attempt, were warned by US investigators looking into the widespread hack of WhatsApp that they were both targets of the spyware, the report found. Experts suggested that this could be a case of political espionage.

Torrent, a prominent separatist politician, told journalists he suspected the Spanish state was behind the attack.

“It seems wrong that politicians are being spied on in a democracy with the rule of law,” he said.

The hacks allegedly occurred in the spring of 2019, after the Israeli company NSO sold Pegasus software to what they say were only sovereign states.

The spyware took advantage of a flaw in the WhatsApp messenger app to gain full access to everything on the user’s cell phone, according to a lawsuit brought forward against NSO by the Facebook-owned platform.

The lawsuit alleges the spyware was used not only to track criminals and terrorists, but to spy on hundreds of people in civil society such as human rights activists, senior politicians and diplomats, and journalists.

This is the first time the spyware has been publically linked to Europe.

Spain’s government and security services have yet to comment specifically on the case, but the country's National Intelligence Centre told The Guardian that it acts “in full accordance with the legal system, and with absolute respect for the applicable laws.”

Catalan separatists have long accused the Spanish government of playing dirty in their quest to squash the region’s independence drive.

Several Catalan politicians were found to have broken Spanish law when, in 2017, they organized an outlawed independence referendum and subsequently declared independence from Spain.

Twelve Catalan separatist leaders are currently in prison after having been charged with crimes including sedition, disobedience and misuse of public funds.

Several more, including the former Catalan president Carles Puigdemont, fled Spain after the declaration of independence, and have managed to avoid jail while exiled in other European countries.

Torrent told the UK newspaper he hopes this case will make Spain’s government question whether it’s time to “put an end to the dirty war” against the Catalan independence movement.

Keywords:
Spanish GovernmentRoger Torrent
Your comment has been forwarded to the administrator for approval.×
Warning! Will constitute a criminal offense, illegal, threatening, offensive, insulting and swearing, derogatory, defamatory, vulgar, pornographic, indecent, personality rights, damaging or similar nature in the nature of all kinds of financial content, legal, criminal and administrative responsibility for the content of the sender member / members are belong.
Related News