Serbia, Turkey and Bosnia and Herzegovina if Turkish authorities do not apologize for the recent statement of Turkish PM Recep Tayip Erdogan in Prizren, Kosovo 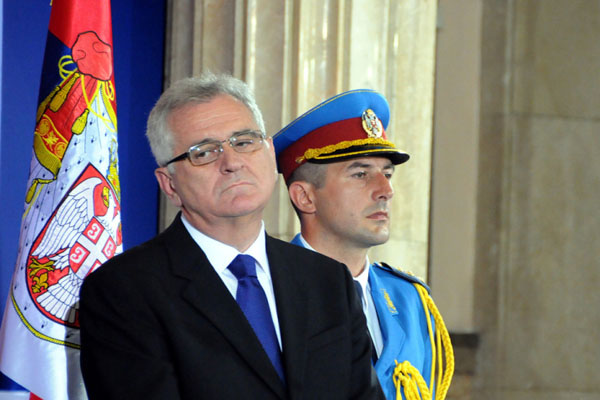 Serbian President Tomislav Nikolic said that he will not be present at trilateral meetings of Serbia, Turkey and Bosnia and Herzegovina if Turkish authorities do not apologize for the recent statement of Turkish PM Recep Tayip Erdogan in Prizren, Kosovo. Nikolic thinks that Erdogan's statement was inconvenient for Serbia, said a statement released by media relations service from the Office of Serbian President. "We expect an apology from Turkey. Until we get it, as a president of Serbia, I will not be present at trilateral meetings of Serbia-Turkey-Bosnia and Herzegovina, because that meeting is not a meeting of war supporters but democratic states which pursue the policy of peace in the Balkans," said the statement. Nikolic also added in the statement that by taking over the presidency he took over good relations with Turkey maintained by former Serbian President Boris Tadic. "I made efforts to turn our relations into an honest friendship of two nations. All the time I warned Turkish President that Turkish officials are not polite asking other countries to recognize the independence of Kosovo," stressed Nikolic.

Turkish PM Erdogan, during his formal visit to Kosovo last Wednesday, said that citizens of Turkey and Kosovo share the same history, culture and civilization, and that "Kosovo is Turkey and Turkey is Kosovo".