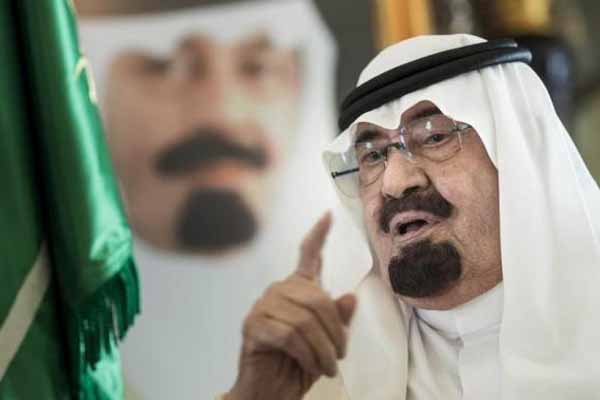 Saudi King Abdullah bin Abdulaziz condemned Israel's "massacres and war crimes" in the Gaza Strip, during a recorded voice speech on Friday. "The blood of our brothers in Gaza is being shed in massacres and war crimes," King Abdullah said, amid an ongoing Israeli offensive which has left over 1500 Palestinians – mostly civilians – dead in less than one month. He went on to condemn international "silence" towards the embattled Gaza Strip, home to some 1.8 million Palestinians. "The international community turns a blind eye to all what is happening in Gaza before everyone's eyes," the Saudi monarch said.  He warned that continued "unjustified silence" from the international community would "breed a generation that believes only in violence." Israel has been pounding the Gaza Strip for almost four weeks, which killed at least 1500 Palestinians and injured more than 8300 others. Israel claims that the offensive aims to undermine the ability of Palestinian factions to fire rockets at Israeli cities. According to Israeli figures, at least 63 soldiers have been killed in battles with Palestinian fighters and three civilians by rocket fire. Israel's military operation, codenamed "Operation Protective Edge," is the self-proclaimed Jewish state's third major offensive against the densely-populated Gaza Strip – which is home to some 1.8 million Palestinians – within the last six years.