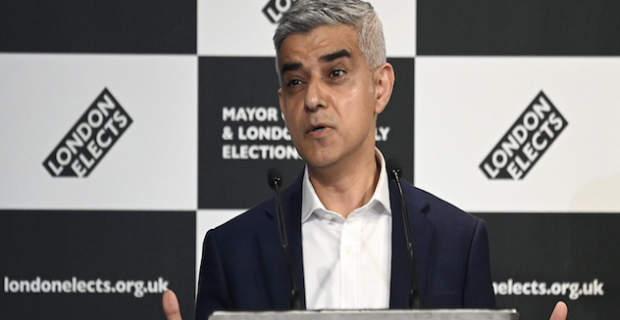 Labour's Sadiq Khan has won a second term as London's mayor, beating Conservative rival Shaun Bailey.He won 55.2% of the popular vote, after entering a run-off with Mr Bailey when neither managed to secure a majority in the first round of voting.The former MP became the first Muslim mayor of an EU capital city when he was first elected to the role in 2016.Speaking at City Hall, he promised "to strain every sinew to help build a better, brighter future for London".

The Lib Dems lost their deposit, as Ms Porritt failed to win more than 5% of the vote.

Elsewhere on Saturday evening, Labour lost overall control of Durham county council while the Tories continued to make inroads in its traditional heartlands. 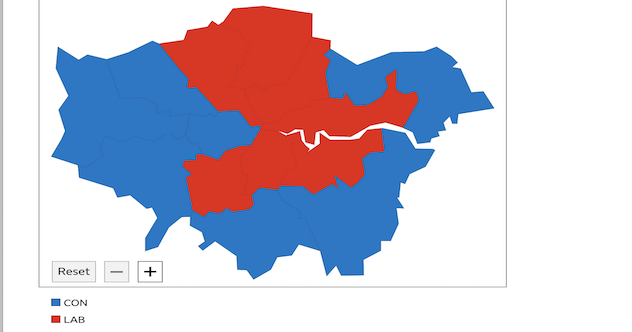 Sadiq Khan: 'I never wanted to be a culture war poster boy'

Mr Khan was seen as the favourite throughout the campaign, with some pollsters predicting he would win more than half of the first-round votes.The 51-year-old failed to reach his record-setting vote total of 2016, but won with a 228,000-vote majority.Mr Khan's closest rival was Mr Bailey, who received 44.8% of the first and second-round votes, and increased the Conservative vote share by 1.6%.

Speaking after the results were announced, Mr Khan said: "I will always be a mayor for all Londoners, working to improve the lives of every single person in this city."The results of the elections around the UK shows our country, and even our city, remains deeply divided."The scars of Brexit have yet to heal. A crude culture war is pushing us further apart."

Keywords:
LondonSadiq KhanMayor Of LondonLondon MayorRe-electionShaun Bailey.
Your comment has been forwarded to the administrator for approval.×
Warning! Will constitute a criminal offense, illegal, threatening, offensive, insulting and swearing, derogatory, defamatory, vulgar, pornographic, indecent, personality rights, damaging or similar nature in the nature of all kinds of financial content, legal, criminal and administrative responsibility for the content of the sender member / members are belong.
Related News