Russia-Turkey forum to be held in Antalya

Visa requirement, perception issue key agenda of forum which will kick off on Nov. 1 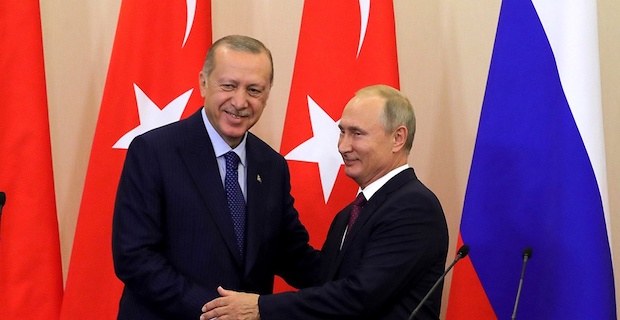 The Russian-Turkish Public Forum will be held between Nov. 1-4 in Turkey's Mediterranean resort city Antalya, secretary-general of the group said Tuesday.

Sergey Markov said that during the session Russian and Turkish experts would discuss underlying problems and offer possible solutions.

"First question on the agenda is the visa issue. There is now a serious disparity in this area. And this is one of the key issues the Turkish side constantly raises," he said.

He offered to move to e-visa and visa issuance at airports in the first stage and then to remove visa requirement for Turkish citizens.

The next question on the agenda is a perceptual problem, Markov said.

"There is a phenomenon, known as the Russian-Turkish information paradox. The Russian media write about Turkey based on what they read on western media, and the same is true with Turkish media. We seem to look to each other through the lens of western media and this reflection is often distorted," he said.

This paradox can be resolved easily, Markov said, by opening doors for correspondents from both countries.

"For now, Anadolu Agency is the only major Turkish media group which has an office in Moscow," he said.

Another factor is related to experts who run think-tanks generally financed by western institutes which may manipulate public opinion, Markov added.

Teaching shared history will also be discussed at the forum.

"Russian-Turkish relations have a long and complicated history. The problem here is that the emphasis is on conflict periods. I would suggest that we develop a balanced position on the conflict periods for their teaching in schools, so that it is true, but it does not provoke negative feelings among the representatives of the two nations. And at the same time to highlight the periods of positive development," Markov said.

The forum was created by Russian President Vladimir Putin and Turkish President Recep Tayyip Erdogan in 2013. Its main task is to expand and to deepen Russian-Turkish relations. The results of the forum sessions are reported directly to the two leaders.

Keywords:
Russia Turkey ForumVisa Issue
Your comment has been forwarded to the administrator for approval.×
Warning! Will constitute a criminal offense, illegal, threatening, offensive, insulting and swearing, derogatory, defamatory, vulgar, pornographic, indecent, personality rights, damaging or similar nature in the nature of all kinds of financial content, legal, criminal and administrative responsibility for the content of the sender member / members are belong.
Related News