Richard Greening was elected as the Islington Borough's mayor

The deputy mayor of Islington for the next year will be Cllr Kat Fletcher. 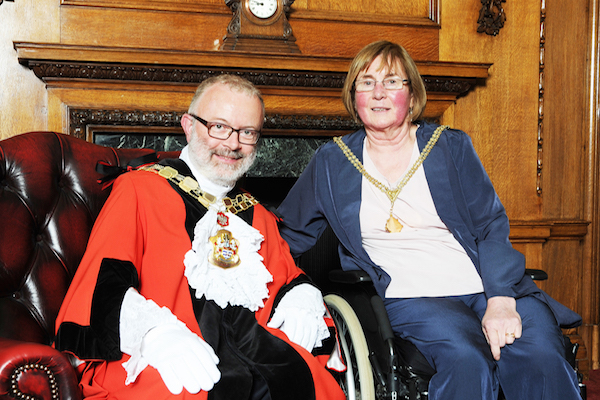 Cllr Richard Greening was elected as the borough’s mayor for the next 12 months at a ceremony at Town Hall on Thursday 14 May. His wife Patricia Bradbury, who held the post of mayor in the 1970s, will be his consort He said he wants to use his year in office to promote local charities and voluntary organisations struggling to stay above water in the face of significant cuts in resources.

Cllr Greening said: “Charities play a vital part in our community and make a very real difference to local lives, despite budget pressures and constant challenges. I look forward to celebrating and championing their work over the next 12 months.”

He added: “Music First helps children in many ways and not just with music – it influences the other aspects of their lives. Last summer Patsy and I attended a concert at the Hackney Empire organised by Music First. Children from many Islington schools were involved and both the children and the audience enjoyed the event immensely. Two weeks ago I visited the music hub at Highbury Grove School. The energy and engagement in the rooms was palpable and I want to help many more Islington children enjoy music-making and the benefits that it brings them by choosing Music First as my charity."

The deputy mayor of Islington for the next year will be Cllr Kat Fletcher.

After a career in IT, Cllr Greening worked for the Local Government Association, helping councils throughout England improve services and spread good practice in housing and rural affairs. He was first elected to serve as a councillor for Gillespie ward in 1994 and has represented Highbury West ward since 2002. He takes over the role of mayor from fellow ward councillor Theresa Debono.

There will be no change of executive members on the council this year.

Music First demonstrates that learning to play an instrument and play music with others brings many non-musical benefits, such as success at other subjects in school. It particularly benefits disadvantaged children. It is inspired by Venezuela’s El Sistema programme which has provided over 300,000 children from the poorest backgrounds with orchestral-based music education over the past 30 years.  Music First was established in 2009 and provides instruments, tuition and weekly after-school music-making for primary school-aged children.