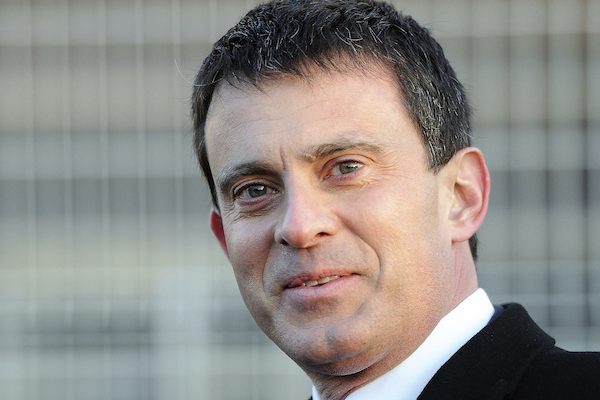 According to a poll published Sunday in a French newspaper, 76 percent of the country believe that the ruling Socialist Party is at risk of splintering into several groups by 2017. More worrying for Prime Minister Manuel Valls - a proud social democrat who has been compared to Britain's one-time "New Labour" leader Tony Blair - is that 64 percent of French Socialists consider this to be the eventual likelihood. For the past week, Valls has struggled to hold together his party after he dissolved his four-month old government following public criticism from then Economy Minister Arnaud Montebourg of Germany's austerity measures. Montebourg warned that France that would no longer "be pushed around" by the European Union's economic powerhouse.
"France is a free country that shouldn't be aligning itself with the obsessions of the German right," Montebourg said, before urging fellow left-wingers to mount a "just and sane resistance" to any sign of austerity measures in France. He called on both Prime Minister Valls and President Francois Hollande for a "major" policy change, before declaring that he and two other fellow left-wingers - then Education Minister Benoit Hamon and Culture Minister Aurelie Filipetti - were also stepping down and would not seek roles in the new government.
The Institut Français d'Opinion Publique poll published Sunday in the Journal du Dimanche appears to illustrate the strength of battle Valls faces.
Henri Emmanuelli, from the party's left wing, told the French daily Le Parisien on Sunday that if the "party's liberals" continue to force the passing of their policies, it may well burst.
During the weekend, the dispute over austerity measures overshadowed the 22nd French Socialists' annual rally in the western port city of La Rochelle.
French daily LeMonde reported that Valls was greeted Sunday by both applause and boos from the 2,000 party faithful at the rally as he took to the stage.
He made a valiant attempt to calm dissent, urging rebels angry at what they see at his government’s move away from traditional left-wing policies to show some "self-respect" and restraint.
A group chanting "Vive la gauche" - Long live the Left - then prevented him from starting his speech.
"What makes a family, it is a shared history... What unites us must be stronger than our differences," said Valls, again denying that his government had any plans to follow an "austerity policy."
"We are not engaged in austerity and it's this that marks us out from the right," he stated, as people rose to their feet and started to applaud. "If there's a political confrontation and a debate to be had, it's not within the Socialist party. It's with the right."
But when leaving the reception he couldn't resist one final dig. Accosted by journalists and questioned about the boos that had rung out around the room, he said that "the Socialists are strong and work best when they address the country - not just themselves."