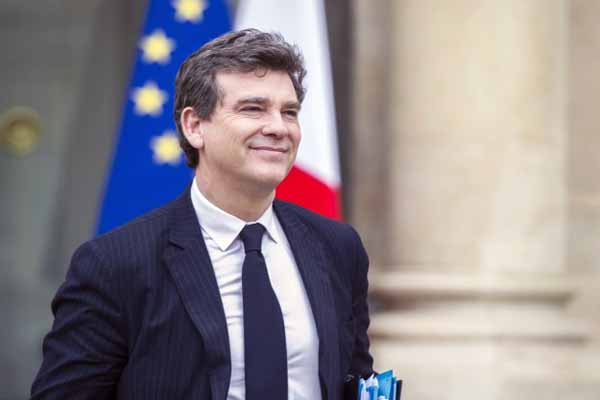 Hours after French Prime Minister Manuel Valls announced the resignation of his government, Montebourg -- called a "rebel" minister by the French media -- said he regained his "freedom" as he leaves office. The new cabinet, Hollande’s third in just over two years in power, is expected by Tuesday. "Part of my heavy responsibility as economy minister is to seek and tell the truth ... Not only does austerity not work, it is inefficient and unfair," he said Monday at a press conference at Bercy, the headquarters of the Ministry of Economy and Finance. "Without growth, the policies of reducing the deficit do not have the desired results and are thus a financial absurdity. "The world is begging us to halt the absurd austerity policies which continue to push the Eurozone into a recession and soon into deflation," he said. Montebourg ended his remarks on an emphatic note: "It is time to regain my freedom... Long live the productive reform, long live the Republic and long live France." The 51-year-old was briefly received Monday afternoon by Valls at Matignon, for the first time after his outspoken criticism on his government's economy policies.

On Sunday, Montebourg criticized Germany's austerity measures and warned France would no longer "be pushed around" by the EU's economic powerhouse.

He called on both Prime Minister Valls and President Hollande for a "major" policy change.

The French government’s collapse underlines mounting political and economic pressures on the administration steered by the two leaders.

The French economy recorded zero growth for a second consecutive quarter in 2014, according to EU figures released earlier this month.

With a zero growth figure, the French central bank warned that Hollande had no hope of reaching his target of 1.0 percent growth for 2014.

In April, lawmakers approved Valls's budget "responsibility pact," which included €50 billion of social cuts, as well as a €41 billion cut in corporate payroll taxes for the next three years.

Monterbourg's outspoken criticism was the last straw that led the government to resign, and media reports speculate that he will almost certainly be excluded from the new cabinet.

There is also speculation that both Justice Minister Christiane Taubira and Minister of Education Benoit Hamon might leave as the pair appeared to support Montebourg's call for economic policy change.

Culture Minister Aurelie Filippetti, who also openly supported Montebourg, has written an open letter to Valls and Hollande telling them she is not interested in any position in the new government.

It remains unclear who will be out and who will be in the new cabinet that is expected to be formed by Valls in line with "the direction that the President Hollande has defined for our country," according to a statement issued by Elysee Palace Monday morning.