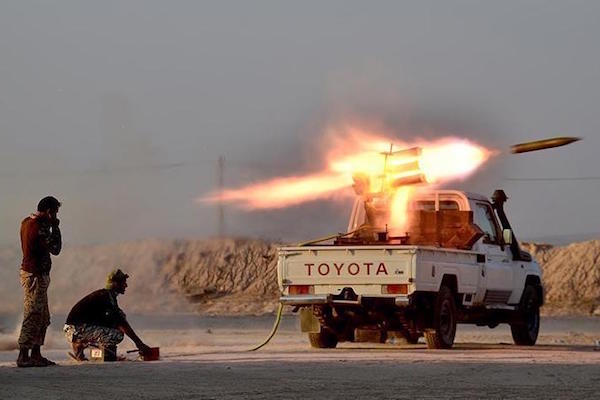 The town, located near the Turkish border, 60 kilometers (37 miles) from the city of Jarabulus, was taken during a joint operation by opposition forces including the Sultan Murat Brigade, the Damascus Front, the al-Mutassim Brigade and the Faylaq al-Sham, the sources said on condition of anonymity due to security concerns.

Two Daesh terrorists were taken prisoner, while many others were killed, they said, adding opposition forces had also destroyed three bomb-laden vehicles near the town. Opposition groups had taken control of Cobanbey back in April. However, they had to pull out after Daesh terrorists carried out a series of car bomb attacks.

By Halit Suleyman (AA)
Your comment has been forwarded to the administrator for approval.×
Warning! Will constitute a criminal offense, illegal, threatening, offensive, insulting and swearing, derogatory, defamatory, vulgar, pornographic, indecent, personality rights, damaging or similar nature in the nature of all kinds of financial content, legal, criminal and administrative responsibility for the content of the sender member / members are belong.
Related News