Withholding of the EU Progress Report on Turkey 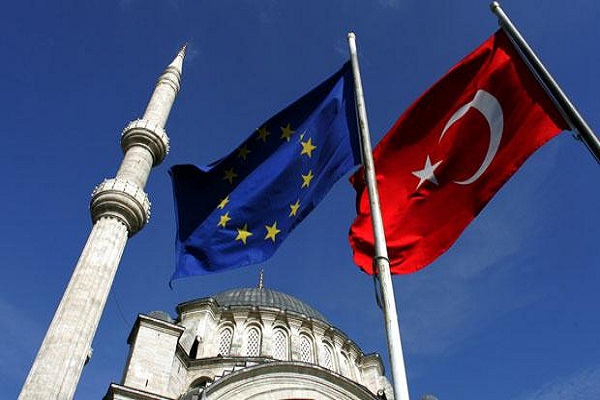 We, at the Atatürk Society of America (ASA) and the Atatürk Society of UK (ASUK), are extremely dismayed and concerned about the deliberate delay in the publication of the EU Progress Report on Turkey, which is traditionally issued in October. Reuters quoted EU officials and diplomats saying “Brussels decided to keep the potentially explosive document under wraps until after Turkey's November 1 parliamentary election - the second national vote this year - because the EU was seeking Ankara's cooperation in stemming the flow of Syrian and other refugees to Europe”.

We take the liberty to remind that suppressing and delaying the official announcement of the report on Turkey’s non-compliance with EU criteria, in favor of unknown gains in negotiations for stemming the flow of refugees from the Middle East to Europe through Turkey, will only strengthen Erdoğan’s hand in systemic violations of “the fundamental rights”, which the EU rightly and repeatedly condemns. Anthony Bellanger, the General Secretary of the International Federation of Journalists (IFJ) and the European Federation of Journalists (EFJ) said at a press conference in Brussels on November 6, 2015, that as a result of government pressure on free media, Turkey has become the largest jail for journalists in Europe. We would like to add that the judicial system is aiding and abetting to silence the freedom of speech. The judicial system is nothing more than an executer of Erdoğan’s oppression.

The ASA’s and ASUK’s objectives coincide with the EU’s with respect to modernizing Turkey. Atatürk in a speech in 1932 said “Turkish nation is obliged to be part of the contemporary civilization.” The relevant EU documents also state,

“The European Union is based on a strong commitment to promoting and protecting human rights, democracy and the rule of law worldwide. Human rights are at the very heart of EU relations with other countries and regions.”

“All agreements on trade or cooperation with non-EU countries (over 120 now) include a human rights clause stipulating that human rights are central to relations with the EU. The EU has imposed sanctions for human rights breaches in a number of instances.”

“The European Union sees human rights as universal and indivisible. It actively promotes and defends them both within its borders and when engaging in relations with non-EU countries. The European Union is founded on a strong engagement to promote and protect human rights, democracy and rule of law worldwide. Sustainable peace, development and prosperity cannot exist without respect for human rights. This commitment underpins all internal and external policies of the European Union.”

We do not want to believe that the EU is willing to trade its own founding principles over untrustworthy promises of an autocrat. It should be obvious to all that Erdoğan will continue to use the flow of migrants to Europe as leverage on the West. He will not stem the flow, and he would even encourage it under the disguise that he cannot stop it despite his great efforts. We are surprised that the West refuses to acknowledge that the Middle East migration gave him an opportunity to expedite his grand plan to Islamicize Europe, instead of Europeanizing Turkey. This is his revenge for the West’s refusal of his earlier proposals to eliminate Assad and, most importantly, for the EU’s delay in membership negotiations with Turkey.

"Whether we like it or not, we have to work with Turkey", but to work towards what end? EU Press release of November 4 announced that both of you will be representing the European Union at the G20 summit in Antalya (Turkey) from November 15 to 16, 2015, and have set out the EU's agenda in a joint letter sent to EU Heads of State or Government. The very first item on your Agenda is “1. A collective response to the refugee crisis. The G20 must rise to the challenge and lead a coordinated and innovative response to the crisis that recognizes its global nature and economic consequences and promotes greater international solidarity in protecting refugees.” We hope that you will include our present concerns in your brief while addressing the world leaders. Please keep in mind that the West’s soft- peddling against the Middle Eastern flood dictated by the Western humanitarian concerns will not be able to reverse the deluge that already broke the damn. Conversely, this humanitarian concern will be exploited. The West’s expectation that living together in peace with these migrants, thus either absorbing them or enriching the European culture, is the best solution in the long run is nothing more

than a wishful thinking, considering the wide differences between European and Middle Eastern values.

Given the worrying climate of corruption, mistrust and divisions within Turkish Society, withholding an important report such as the EU Progress Report on Turkey does not inspire trust in the EU in general and is damaging for the process of fair and lawful elections. We request that these concerns are taken seriously and evaluated for your future dealings with Turkey.

Boards of Directors, ASA and ASUK

N.B. With all due respect, please note that we will publicize this letter in social media.