Obama made phone call with Rouhani

US President Barack Obama and Iranian counterpart since 1979 Iranian Revolution 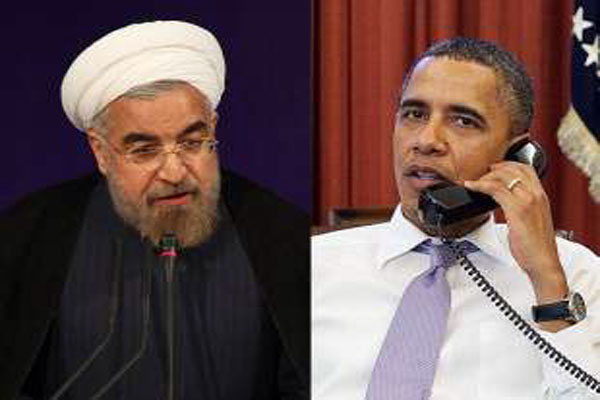 In a landmark move, US President Barack Obama said he and Iranian President Hassan Rouhani conducted the first president-to-president call between their two nations in over thirty years on Friday.

Speaking to reporters at the White House, Obama said, "Just now I spoke on the phone with President Rouhani." He noted that the call "underscores the deep mistrust between our countries, but also indicates the prospect of moving on that difficult history."

He did say, however, that obstacles remained ahead, but said he believes "we can reach a comprehensive solution."

The historic call comes amid a week of diplomatic overtures between the two nations, indicating a thaw in relations.

On Thursday, US Secretary of State John Kerry met with his Iranian counterpart, Mohammad Javad Zarif. Following the meeting, Kerry too was hopeful that progress could be made on Iran's nuclear program, a long-standing sticking point between Iran and the US.

"There’s a lot of work to be done. So we will engage in that work, obviously, and we hope very, very much – all of us – that we can get concrete results that will answer the outstanding questions regarding the program. But I think all of us were pleased that the Foreign Minister came today, that he did put some possibilities on the table. Now it’s up to people to do the hard work of trying to fill out what those possibilities could do."