Having served as speaker for 26 years, Berri was elected to the post again – for the sixth time – on Wednesday 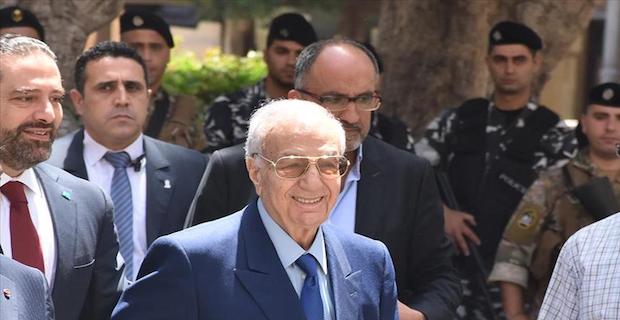 Lebanese Parliament Speaker Nabih Berri is one of the Arab world’s longest-serving politicians, having served as assembly speaker for 26 years.And on Wednesday, Berri was re-elected to the post for yet another four-year term. According to Lebanon’s 1943 constitution and the 1989 Taif Accord, the post of parliament speaker is reserved for Shia Muslims, while the premiership is earmarked for Sunni Muslims and the presidency is allotted to Maronite Christians. Before the Taif Accord, Lebanese parliament speakers were elected to one-year terms. But this was later changed to a four-year term by the Taif Accord, which ended Lebanon’s civil war (1975-1990) and laid down the country’s current system of sectarian governance. Berri, 80, the head of the Shia Amal movement, was born in the southern Lebanese town of Tibnin to a Shia family of modest means.

He studied law at the state-run Lebanese University, from which he graduated in 1963 before completing his higher education at the Sorbonne in Paris.

At one point, Berri met Imam Musa al-Sadr, a Lebanese Shia cleric who founded the Al-Mahroomeen ("deprived") movement, which later became known as the Amal Movement.

Berri rose through Amal’s ranks before eventually leading the movement after al-Sadr’s abrupt disappearance in Libya in 1978, for which the movement had blamed Libya’s then-president, Muammar Gaddafi.

Under Berri, Amal played an active role in the country’s civil war, which erupted in 1975.

Amal also took part in the so-called “war of the camps” in the 1980s, when his movement was accused of committing atrocities against Palestinian refugees.

Even though Amal and Hezbollah hailed from the same sect of Shia Islam, the civil war saw fierce clashes between the two groups on more than one occasion.

Berri dominated Lebanon’s Shia political scene thanks to the rise of his Amal movement and the decline of other influential Shia groups, such as the Hamada family in the Beqaa region and the Al-Assaad family in Southern Lebanon.

From 1984 to 1988, he served as justice minister and water resources minister under Prime Minister Rashid Karami.

From 1989 to 1990, he served as water resources minister and housing minister under Prime Minister Salim Hoss.

From 1990 to 1992, he served as minister of state under Prime Minister Omar Karami.

And in 1992, Berri served as minister of state for southern affairs and reconstruction under Prime Minister Rachid Solh.

Following all these elections, including the most recent one, Berri was elected speaker of Lebanon’s parliament.

He also sponsored a national dialogue initiative in 2006 between Lebanon’s rival political camps.

Berri appears to maintain good relations with all of the country’s myriad political forces, between whom he occasionally plays the role of mediator.

He opposed the recent election of Michel Aoun as Lebanon’s president due to outstanding differences between the two men.

Nevertheless, Aoun won the presidency in 2016 in a deal with Lebanon’s March 14 Forces, which brought Future Movement leader Saad Hariri to the premiership.

Notably, many members of Hariri’s March 14 bloc prefer Berri as parliament speaker to a figure from Hezbollah.

Hariri, for his part, has declared his support for Berri, who on Wednesday clinched the post -- unopposed -- in a parliamentary vote.

Keywords:
Nabih Berri
Your comment has been forwarded to the administrator for approval.×
Warning! Will constitute a criminal offense, illegal, threatening, offensive, insulting and swearing, derogatory, defamatory, vulgar, pornographic, indecent, personality rights, damaging or similar nature in the nature of all kinds of financial content, legal, criminal and administrative responsibility for the content of the sender member / members are belong.
Related News