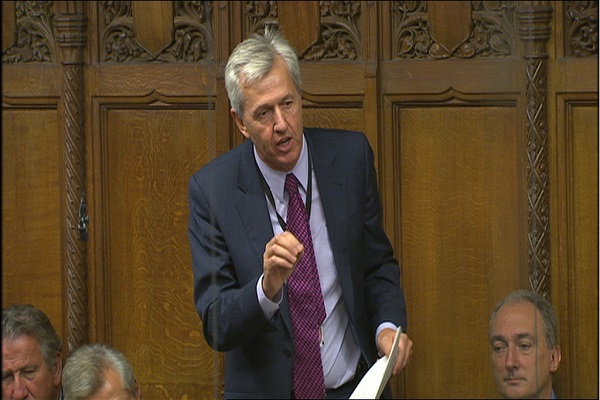 Enfield North MP Nick de Bois last night (Tuesday) put forward an amendment to a Government Bill for the change and argued his case in Parliament. Supported by Enfield Southgate MP David Burrowes, it was put to a vote and a staggering 404 MPs supported their bid, meaning it will now become law.

Mr de Bois said, "Knife crime has tragically taken the lives of far too many people in this country. Prosecuting people who use a knife to threaten, injure or kill a person is not enough - we need to prevent it even getting that far by sending to prison people caught carrying a knife".

He added, "I want to see knife crime come down drastically. That's why I am strongly of the view that as well as having a strong deterrent, we must also have effective early intervention measures and better education. Only by tackling it from all sides can we truly fight knife crime".

Mr Burrowes said, "We have now taken an important step in the ongoing fight to clear our streets of the menace of knives. Parliament has made it clear that anyone persistently carrying a knife will go to prison".