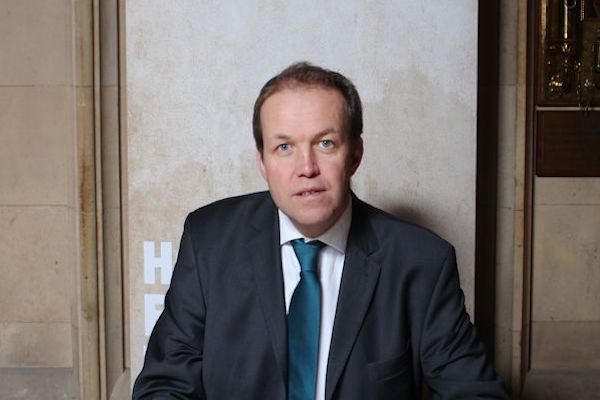 David Burrowes, MP for Enfield Southgate and co-Chair of the All Party Parliamentary Group on Cultural Heritage, welcomed the Government’s commitment to protect cultural property in times of conflict.

Mr Burrowes was congratulated by the Secretary of State for Culture, Media and Sport for his ‘passionate advocacy’ in championing the legislation.

“I am concerned, as doubtless we all are, about human dignity. That is what gets my passions and convictions going. It is important to see the appropriate link between the trafficking of human beings and the trafficking of cultural property. There is the same disregard for people, for their faith, for their community and for their identity”

Mr Burrowes made specific mention of the destruction of such cultural property in Cyprus and called on the UK Government to ensure that “appalling acts of desecration and pillaging” be properly taken account of.

The debate also covered the acts of Daesh, and after Mr Burrowes sought assurances that the lootings of Daesh come within the scope of the Bill, the Secretary of State agreed that great care should be taken in handling Daesh’s standing in international legal circles.

David Burrowes, MP for Enfield Southgate, has thrown his support behind The British Infrastructure Group’s call for an end to ‘not spots’ - areas lacking in coverage from many of the UK’s top mobile operators.

The British Infrastructure Group reported findings that visitors to the UK receive better and broader mobile coverage, as foreign SIM cards enable roaming across national networks. There is no such agreement amongst mobile phone providers for Britons.

“It is preposterous that tourists on foreign networks should receive preferential treatment over our own people. This is a bad call for Britain. Mobile Phone Network Operators such as O2, EE, Vodafone and Three must honour their commitment to improving Britain’s coverage and we must be able to hold them to account in order to achieve our vision for a connected Britain.”