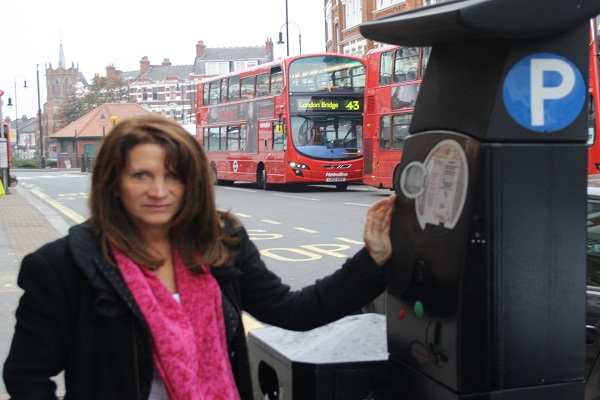 Lynne Featherstone MP has today expressed her frustration with the parking charges set by Haringey Council, which are having a detrimental effect on many shops and businesses in Hornsey and Wood Green.

In September, local business owner Chris Oswald contacted Lynne Featherstone. He reported that independent businesses have suffered months of poor trade after the parking prices were increased from £1.40 to £3 per hour last year.

The Liberal Democrat MP contacted the Council ask asked them to examine the parking charges around Muswell Hill and consider reducing them to a more realistic level so that shoppers can be encouraged to stop and shop in the area instead of going elsewhere.

The Council last week confirmed that, following a review completed this year, a decision was taken to make no further changes to the charge of £3 per hour.

“I am very disappointed with the Council’s response. We traders have told the Council that the charges are having a negative effect on our businesses – but they just won’t listen. I simply don’t understand how they have supposedly reviewed the impact, yet not realised how damaging this extortionate charge is.

“I will continue to collect signatures for my petition, which calls for a reduction in parking charges.”

“This is just typical of Labour-run Haringey Council. They should be supporting local businesses, not discouraging residents from shopping on our high streets.

“I am fully behind the Haringey Liberal Democrat campaign for 30 minutes of free parking on Haringey’s high streets. I am also supportive of Mr Oswald’s petition to lower the parking charges.”