Mahmoud Abbas to hold talks with John Kerry in İstanbul

John Kerry, who will also be in İstanbul on the same day, focusing on issues related to the peace process, Palestinian sources have confirmed. 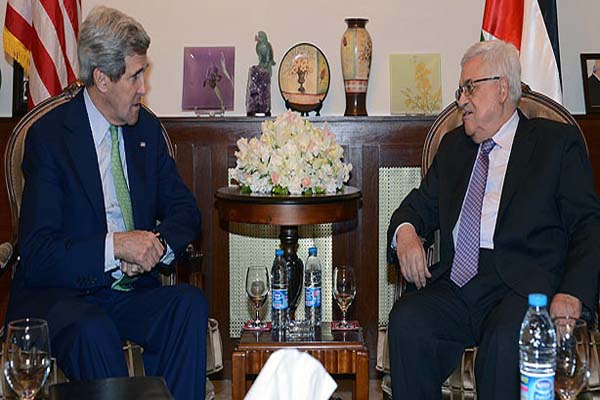 Abbas is also scheduled to meet separately with Turkish officials. He is expected to meet with President Abdullah Gül, Prime Minister Recep Tayyip Erdoğan and Foreign Minister Ahmet Davutoğlu during his visit, the sources said. Kerry is in İstanbul to attend a Friends of Syria core group meeting on Saturday, bringing together countries that support the Syrian opposition, which is trying to topple President Bashar al-Assad's regime. Turkey is a member of the core group along with the United States and European and Arab nations. Abbas is not scheduled to attend the core group meeting. Turkish officials will not attend the talks between Abbas and Kerry, Turkish official sources confirmed.

The reconciliation between Palestinian rival political groups Fatah and Hamas, which governs the Gaza Strip, as well as Turkey's role in the Middle East process are set to be the focus of talks between Abbas and Turkish authorities, Turkish official sources revealed.

According to Palestinian diplomatic sources, the Turkish-Israeli normalization process and its effects on the Palestinian national cause, the Israeli government and new steps in the peace process as well as the initiatives to stop the unlawful Israeli settlement policy on Palestinian territories will be on the agenda of talks between Abbas and Kerry.

Erdoğan's planned visit to Gaza may also be a topic of discussion during the Abbas and Kerry meeting, the Palestinian sources said.