Liberal Democrat European justice & human rights spokeswoman and London MEP Sarah Ludford, who has long taken an interest in Cyprus, has strongly condemned the majority in the European Parliament which has blocked facilitation of Turkish Cypriot trade 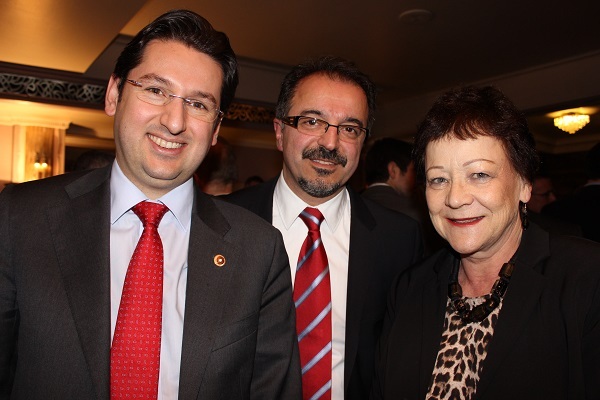 “MEPs have let down Turkish Cypriots by refusing to make a reality of a 2004 EU promise to allow them to trade directly with the EU. More trade would have helped to bridge the gap between Turkish and Greek Cypriots in terms of income and economic development.”

“I have been arguing for this for the last decade in the wake of the two-thirds ‘yes’ vote in North Cyprus to the UN’s Annan Plan for a political settlement in the island which was not matched in the South. Although EU governments finally agreed in 2006 to provide financial aid to North Cyprus, direct trade has been consistently blocked. In addition, Brussels failed to challenge the decision of Nicosia to nominate only Greek as their working language, ignoring their other constitutional language Turkish. Hence a chance to send a signal of good faith by making Turkish an official EU language in 2004 was tragically lost.”

“I am angry that instead of helping find a solution, too many MEPs have made the situation worse by taking their cue from the obstructive line of the Republic of Cyprus. It is particular outrageous that an institution - the European Parliament - supposed to assist dialogue and compromise refuses to allow Turkish Cypriot voices to be heard in our debates.”

“Turkish Cypriots have been denied representation in the European Parliament since Cyprus joined the EU in 2004. The 6 MEPs representing Cyprus are all elected solely from the Greek Cypriot community, and no effort has been made to ensure that Turkish Cypriots have a proper say about EU legislation.”

“Observer status would have allowed Turkish Cypriot representatives to attend debates and take part by invitation. Even though they would not have been able to vote or exercise other official duties like full MEPs, this would have been an important step towards respecting and enfranchising Turkish Cypriots.”

“Even though these votes were lost today, I will continue to fight for the interests of Turkish Cypriots in the European Parliament in order that they have some reflection of their interests from within the EU.”