Japan’s local polls Ruling LDP bags over half of seats 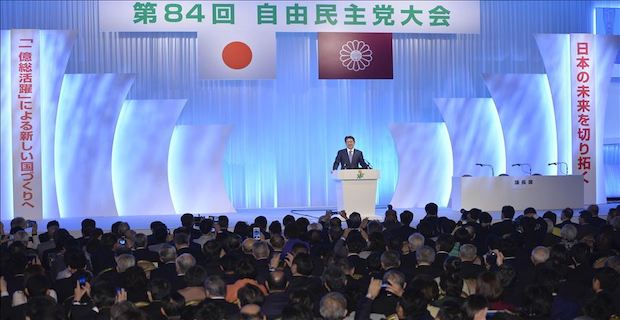 Japan’s ruling party has secured over half of the total seats in first phase of local elections held on Sunday in the country, local media reported. Prime Minister Shinzo Abe-led Liberal Democratic Party (LDP) has won 1,158, or 50.9 percent, of total 2,277 seats in 41 prefectures (provinces), according to daily Japan Today. The first round of the “unified elections”, which are held every four years, was held on Wednesday and the second round is scheduled to be held on April 21.

The daily said the Sunday results signify that Prime Minister Abe's party “remains firm ahead of the upper house election in the [coming] summer”.

The elections for Japan’s upper house of parliament are scheduled for summer and the results of local elections “are expected to impact the House of Councilors election”, according to the daily.

Japan Today reported that LDP faced a fractured opposition in the polls. “It [LDP] won a majority in 25 assemblies but also suffered a number of setbacks including losses in the Osaka gubernatorial and mayoral elections,” the report said.

Abe vowed to “look seriously at the results and make sure we achieve victory in the second leg [of elections] later this month”.

Keywords:
JapanJapan’s Local PollsLDPShinzo Abe-led
Your comment has been forwarded to the administrator for approval.×
Warning! Will constitute a criminal offense, illegal, threatening, offensive, insulting and swearing, derogatory, defamatory, vulgar, pornographic, indecent, personality rights, damaging or similar nature in the nature of all kinds of financial content, legal, criminal and administrative responsibility for the content of the sender member / members are belong.
Related News