Israel will pay $20 million to Turkey as Mavi Marmara compensation

According to the agreement between the two countries, Israel will pay $20 million to Turkey as compensation to families of the victims. 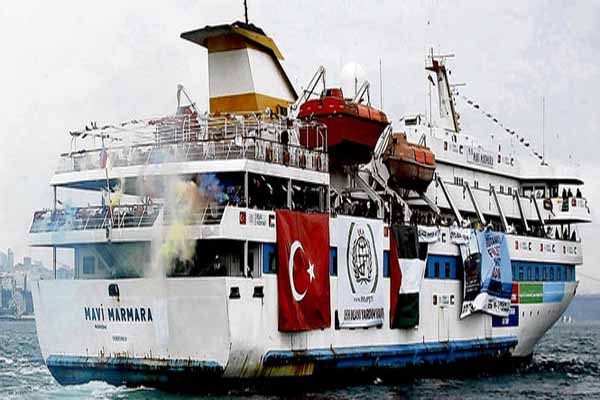 ANKARA-A bill concerning an approval of procedural arrangements between Turkey and Israel for payment of compensation to Mavi Marmara victims was submitted to the Turkish Parliamentary Speaker's Office in Ankara Wednesday, the office said.

According to the agreement between the two countries, Israel will pay $20 million to Turkey as compensation to families of the victims.

Diplomatic ties between the two countries were suspended after Israeli troops stormed the Gaza-bound Mavi Marmara aid ship in international waters in May 2010, killing 10 Turkish activists.

In the aftermath of the attack, Turkey demanded a formal apology from Israel, compensation for the families of those killed, and the lifting of Israel’s Gaza blockade.

Ankara struck a deal with Tel Aviv government in June after a six-year hiatus over the Mavi Marmara incident.

Under the deal, in addition to agreeing to Turkey’s humanitarian presence in Gaza, Israel will pay $20 million in compensation to the families of the Mavi Marmara victims.

According to the bill, Israel will pay the money in a single transaction through an account that will be opened by Turkey.

Turkey will convey the account to Israel through diplomatic channels.

According to the bill, Israel will send the money within 25 working days after the agreement comes into force.

The agreement will come into force when both sides report that they have completed their domestic law procedures.