Is The future of the EU depended on migration

Last Thursday the German chancellor, Angela Merkel, warned that the future of the EU depended on whether it could find answers to the question of migration 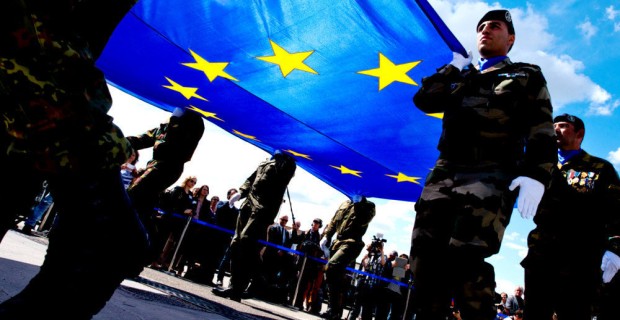 Competing Visions of Europe Are Threatening to Tear the Union Apart. Last Thursday the German chancellor, Angela Merkel, warned that the future of the EU depended on whether it could find answers to the question of migration. But as difficult as the issue of migration is, it is actually just one element of the hugely complex challenge facing the EU, which is divided along multiple, overlapping faultlines that have developed over the last decade and seem to be deepening, writes Hans Kundnani.EU leaders have never been more divided about the very nature of the project – with Merkel, Macron and Orban split on fundamental issues. The future of the European project therefore depends not just on whether the EU can deal effectively with refugees in the Mediterranean, but also on whether it can find a way to reconcile diverging conceptions of what Europe should be.

It is above all the euro and refugee crises – which have become acute again almost simultaneously in the last couple of months – that have divided Europe along geographic and political lines. On each of the two issues, EU member states have formed different coalitions. For example, whereas Greece and Italy opposed Germany in the euro crisis, they now find themselves on the same side of the argument about migration – even as 'populist' parties have come to power in Greece and Italy.

Amid this turmoil, three competing visions have emerged. The first is Merkel’s idea of a 'competitive' Europe. Under her 'leadership' since the euro crisis began in 2010, the EU has increasingly become a vehicle for imposing market discipline on member states. It is in the name of this idea of a competitive Europe that, led by Germany, austerity has been imposed on debtor countries in the eurozone. In other words, although it is expressed in pro-European terms and involves further integration, it is essentially a neoliberal vision.

The second vision is the French president Emmanuel Macron’s idea of a 'Europe qui protège', a Europe that protects. Macron envisages an EU in which there would be greater solidarity between citizens and between member states. In practice, this means more redistribution and risk-sharing in the eurozone – the 'transfer union' that Germany and other creditor countries fear. This is a centre-left vision of Europe – although in France, because Macron has implemented structural reforms in an attempt to gain credibility in Berlin, he is himself increasingly perceived as neoliberal.

The third vision is the Hungarian prime minister Viktor Orbán’s idea of a 'Christian' Europe of sovereign states. His vision first emerged in response to the attempt, led by Germany, to force EU member states to accept mandatory quotas of refugees in 2015, but it has developed into a broader critique of the European project. Orbán defines himself as an 'illiberal democrat' in opposition to what he sees as the undemocratic liberalism of the EU. His vision is shared not just by the Law and Justice party government in Poland but also by far-right parties in other EU member states.

Both centrists and populists see an elemental struggle between liberalism and illiberalism taking place. But the reality is messier – as illustrated by the fact that, despite their apparent differences on the issue of migration, Merkel’s 'liberal' Christian Democrats and Orbán’s 'illiberal' Fidesz party remain in the same grouping in the European parliament, the centre-right European People’s Party. Somewhere in between is the Bavarian Christian Democrats, led by the German interior minister, Horst Seehofer, who has threatened to bring down the Merkel government unless she moves further towards Orbán’s vision.

Nevertheless, the differences between the three visions are real. When Macron received the Charlemagne prize in Aachen in May, he increased the pressure on Merkel, who had failed to respond to his call for eurozone reform. 'In Germany, there cannot be a perpetual fetish for budget and trade surpluses, because they are achieved at the expense of others,' he said. After listening to him speak, Merkel said they would find common ground despite their differences. 'That is the magic of Europe,' she said. But Orbán promptly dismissed their idea of a more integrated Europe as a 'nightmare'.

Two weeks ago, Merkel finally responded to Macron and agreed to a small eurozone fiscal capacity – that is, a budget – as part of a much-anticipated attempt to relaunch the Franco-German relationship as a 'motor' for the EU. But the Meseberg declaration was widely seen as a disappointment – the concessions that Merkel made will not do much to make the single currency sustainable. Yet even these concessions were immediately – and unsurprisingly – opposed by other northern European countries that are even more hostile to Macron’s vision than Germany.

The danger is that the contradictions between the three visions will make the EU increasingly dysfunctional – exacerbating the backlash against it. Last week, the new Italian government – a coalition of the anti-establishment Five Star Movement and the far-right League – was so frustrated by the failure to make progress on migration that it refused to sign the conclusions of the European council. 'Nothing is agreed until everything is agreed,' an Italian official said.

Italy – which is now at the centre of both the euro and refugee crises as much as Greece once was – could be the key swing state in the three-way clash of visions. There are sections of Italian society that support each. Much of the Italian centre-right – which always supported European integration and in particular the euro as a way to impose external discipline on the country – supports Merkel’s vision of a competitive Europe. The Italian centre-left supports Macron’s vision of a 'Europe that protects'. Meanwhile, the League shares much of Orbán’s anti-immigrant vision.

This article was originally published in the Observer.

Keywords:
MigrationFuture Of The EUEU Depended On MigrationChatham House
Your comment has been forwarded to the administrator for approval.×
Warning! Will constitute a criminal offense, illegal, threatening, offensive, insulting and swearing, derogatory, defamatory, vulgar, pornographic, indecent, personality rights, damaging or similar nature in the nature of all kinds of financial content, legal, criminal and administrative responsibility for the content of the sender member / members are belong.
Related News