Iraqis have voted in a provincial election

Iraqis have voted in a provincial election 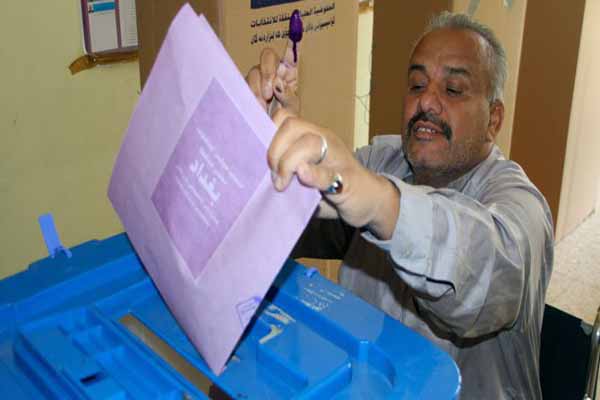 Iraqi forces took charge of security in an election for the first time since the 2003 invasion. There has been widespread violence in the run-up to the election, and the Shia-led government has postponed the vote in two Sunni-dominated provinces.  Correspondents say it is a test of political stability in Iraq, 10 years after the overthrow of Saddam Hussein.  Almost 14 million Iraqis are eligible to vote for more than 8,000 candidates, who are competing for 378 seats in provincial councils. In the past week, dozens of people have been killed in bombings targeting mainly Shia areas. Two polling stations have also been attacked. Fourteen contenders, most of them Sunnis, have been murdered. Prime Minister Nouri al-Maliki urged people to vote in defiance of "enemies of the political process".

"I say to all those who are afraid for the future of Iraq and afraid of a return of violence and dictatorship that we will fight by casting ballots," he said.

On polling day, some voters said their main concern was still the security situation.

"Security is the most important problem that all of them should be working for; without this, life would be so difficult," said student Abdulsahib Ali Abdulsahib, who was out early to vote in central Baghdad.

Voters were searched twice before being allowed to enter polling stations in the capital, and security forces were patrolling in great numbers.