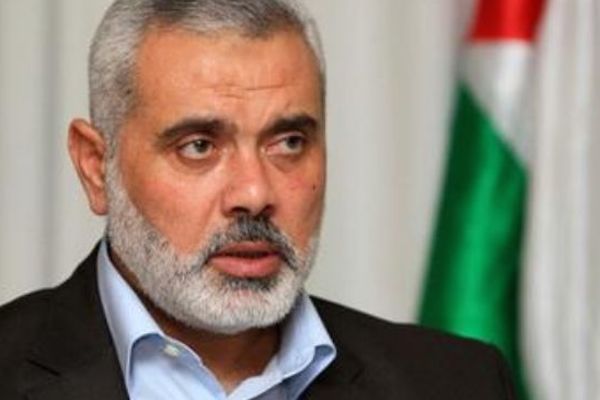 The chief of the political office of Palestinian faction Hamas Ismail Haniyeh called on Egypt's intelligence agency on Sunday to commit Israel to the terms of a cease-fire it signed on Tuesday with Palestinian factions in the Gaza Strip.
"It is important that Egyptian intelligence commits Israel to the terms of the cease-fire, which was signed with Egyptian mediation," Haniyeh was quoted by a statement by his office as saying during a phone conversation with Egyptian intelligence officials. The statement added that Haniyeh also underlined the need for immediately starting the reconstruction of Gaza, following a 51-day Israeli offensive on it. It said the Hamas political office chief lauded the efforts Egypt made for the signing of the cease-fire deal. Anadolu Agency could not obtain immediate comments from Egyptian authorities on the reported phone conversation. Israel's latest 51-day offensive on the Gaza Strip left some 2,147 Gazans dead and 11,000 others injured – many critically – while partially or completely destroying thousands of buildings across the coastal enclave. The Israeli offensive - initially launched with the stated aim of ending rocket fire from Gaza. - finally ended with the announcement of an indefinite cease-fire that came into effect on Tuesday. Over the course of Israel's offensive, at least 70 Israelis – 65 soldiers and five civilians – were killed, according to Israeli figures. This is the highest military death toll for Israel since the 2006 war in Lebanon, in which 119 Israeli soldiers were killed.
By Mustafa Haboosh