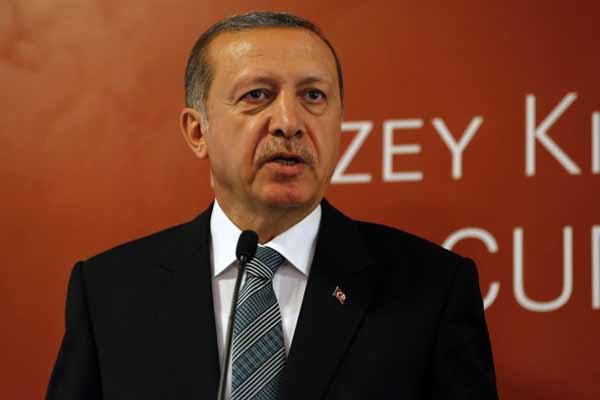 Turkish President Recep Tayyip Erdogan said Monday the Halki seminary could be opened, but simultaneous steps should be taken by the Greek side to improve the religious affairs of the Muslim community in Western Thrace. Established in 1844 on the island of Heybeliada in Istanbul, Halki Seminary, an educational organization for Greek Orthodox men of religion, was closed in 1971 under a law that placed religious and military training under state control.  In a press conference Monday in the Turkish Republic of Northern Cyprus, Erdogan commented on the plight of the Western Thrace Muslim community who have seen the curtailment of the religious freedom through the introduction of the "240 Imam Law" adopted in parliament in early 2012. The law allows for the nomination of Turkish religious head officials by a committee formed by the Greek government, who would give Greek-language religious education to Turkish students. "It is not a difficult task to open the Halki seminary but you should also hold on to your promises... Still Greece insists on appointing Muslim religious people for Western Thrace people," Erdogan said

The move is seen as countering the freedom of religion entitled to minorities under the international 1923 Lausanne Treaty. Turkey also officially defined the law as "regrettable."

There are about 150,000 ethnic Turks living in Greece's north-eastern region of Western Thrace whose status was established by the Treaty of Lausanne in 1923.

On a separate subject, Erdogan spoke on a political solution in Cyprus, and said that Turkey always supports the Turkish Republic of Northern Cyprus and would only accept a just, permanent and comprehensive solution on the island.

"Those who come to us with unfair solution proposals should know that assenting to such solutions would mean the denial of our history which is impossible," said Erdogan.

The island was partitioned into Turkish and Greek zones in 1974 after Turkey's military intervention on July 15 as a right-wing military junta with Greek support tried to annex the island.

A joint declaration announced by the UN mission in Cyprus on February 11 said a settlement between the two sides "will be based on a bi-communal, bi-zonal federation with political equality."

A solution would also be expected to address issues such as the constitutional framework, territorial adjustments, return of property to pre-1974 owners and/or compensation payments, return of displaced persons, and residency rights/repatriation of Turkish settlers.