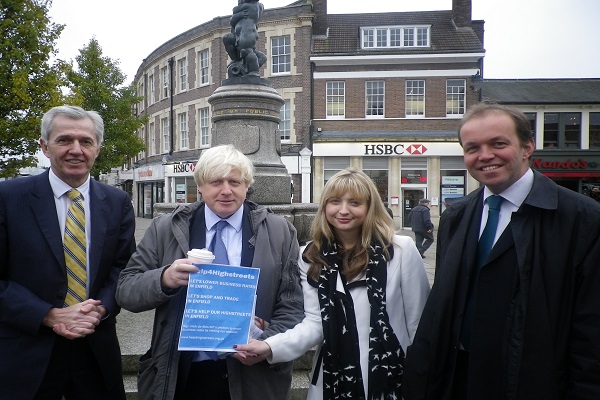 The Start-Up loans have already provided Enfield North with £567,056 to help 100 local businesses get started, while £329,510 went into kick-starting 55 businesses in Enfield Southgate. The loans are delivered by Enterprise Enfield, who guide entrepreneurs through the loan application process with advice and training, in partnership with North London Credit Union.

“This is great news. It shows that the Start-Up Loans scheme is giving entrepreneurs in Enfield the finance they need to kick-start and grow their businesses.

So far 100 loans, worth almost £570,000, have been made in Enfield North to help people put their business ideas into practice, supporting some fantastic new enterprises in the local area.

I am very pleased that the Government is backing local businesses. This means more jobs and opportunities for my constituents, with further loans still to come.”

“My constituents will be aware of my ongoing support for local businesses and I am delighted to see that 55 new businesses have opened up in my constituency thanks to Government funding.

This shows once more that the Government is on the side of local businesses and continuing to tackle the issue of unemployment on a local and national level.”

This is in addition to other measures to support small businesses with lower taxes and less red-tape:

• Scrapping red tape will save businesses £850 million year – helping free businesses to grow. For every new regulation, we are scrapping two through the Red Tape Challenge – a process that is getting rid of or amending over 3,000 regulations (No 10 Press Release, 27 January 2014, link).