Government has cut its funding to Councils 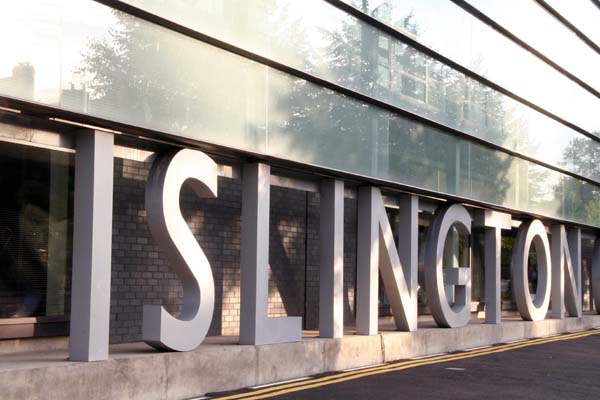 A budget that protects vital local services was passed by Islington Council tonight. Government has cut its funding to Islington Council in half since 2010. The borough has been hit harder than almost any other council in the country, with every household in Islington now £1,000 worse off as a result.  The council has already had to make savings totalling £112million since 2010. A further £37million of savings had to be identified in order to set a legal, balanced budget for 2015-2016.

At the budget meeting, Council Leader Cllr Richard Watts said unprecedented government cuts make the financial climate one of the toughest the council has ever faced:

“Many of Islington’s residents rely on the essential services the council provides. Our priority in setting this budget has been to protect those services – libraries, leisure centres, swimming pools, children’s centres and adult social care. My fear is that we will not be able to sustain these services if government cuts continue on this scale.”

Despite government cuts to Local Welfare Provision, the council agreed to continue its Resident Support Scheme which provides a crucial lifeline to people in desperate need, paying for everyday essentials such as beds, fridges and cookers for people fleeing domestic violence, care leavers, and those suffering from chronic physical and mental health problems.

The number of job losses arising from the budget is also lower than feared, with only 55 compulsory redundancies expected. In other areas where there had been media speculation about cuts, none were made, including school crossing patrols and the PlusBus.

“Our priority in this budget is to safeguard the 600 services we provide to Islington’s 206,000 residents. For instance, we are now one of only 18 councils nationally to protect social care for adults with ‘moderate’ needs. Our pioneering universal Free School Meals policy and our local replacement for the Educational Maintenance Allowance that the government cut are both protected in this budget.

“The voluntary sector also plays an important role supporting Islington residents, so we have extended funding for the borough’s voluntary and community groups for a further year. And we are investing £1.2m in paying the London Living Wage to the 509 homecare staff – 180 of them Islington residents – who do such important work on our behalf.”