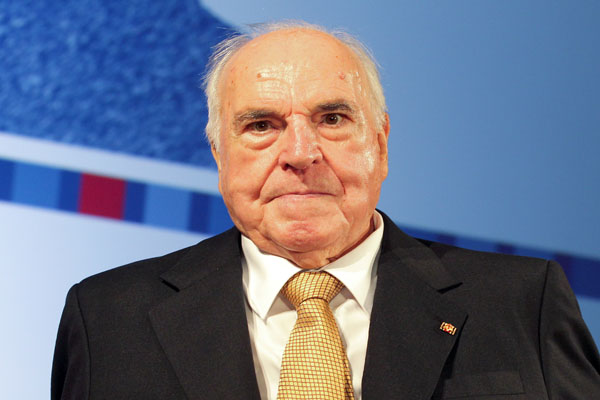 Former Chancellor Helmut Kohl discussed a secret plan with Margaret Thatcher in 1982 to reduce the number of Turks living in West Germany by 50 percent, according to recently released British documents cited by Spiegel Online in Germany. The German news magazine's online edition reported that the newly elected West German chancellor told Prime Minister Thatcher about the proposal at a meeting in Bonn on October 28, 1982, according to a protocol of the meeting notes marked "PREM 19/1036" that Spiegel Online said was kept secret for 30 years. "Chancellor Kohl said...that it would be necessary over the next four years to reduce the number of Turks by 50 percent - but he could not say that publicly," the notes from the meeting read, according to theSpiegel Online report. "It would be impossible for Germany to assimilate the current number of Turks," the meeting notes added. Kohl was elected West German Chancellor on October 1, 1982. No one at Kohl's office could be reached for comment.

Kohl, who was chancellor until 1998 and leader of the conservative Christian Democrats (CDU) for a quarter century, often said during his rule that Germany was not a country for immigration even though the numbers rose steadily and there are now some seven million immigrants in the country of 82 million.

There are three million people of Turkish origin living in Germany now and many have taken German citizenship following changes in the immigration rules introduced after Kohl's CDU was defeated by the centre-left Social Democrats (SPD) in 1998.

West Germany invited many Turks to come to Germany from 1961 to help fill labour shortages caused by its "Economic Miracle". During the 1950s and 1960s, many so-called "guest workers" also came fromItaly, Greece, Portugal, Tunisia and Yugoslavia.

Chancellor Angela Merkel, now the CDU leader, is running for re-election in September. She is well ahead of the centre-left SPD in opinion polls but her centre-right coalition is running neck-and-neck in polls against the three centre-left opposition parties and might fail to win a clear majority.

"Germany doesn't have any problem with Portuguese, Italians and even southeast Asians because these communities are integrating well," according to the British notes of the meeting with Kohl.

"But the Turks were from a very different kind of culture...(West) Germany had integrated 11 million Germans from East European countries. But they were Europeans and didn't represent any problem."