'The British must respect commitments they were involved in making," Juncker tells 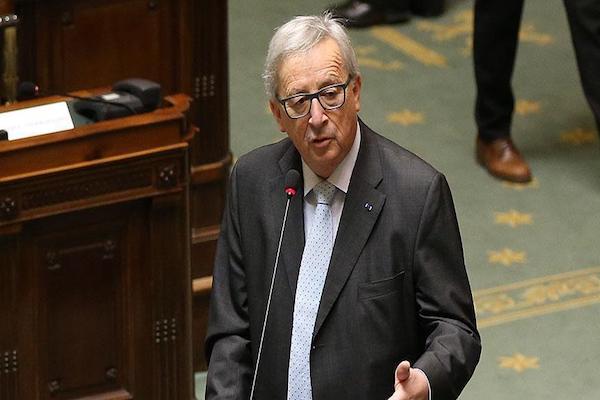 Juncker’s remarks to Belgium’s Federal Parliament came as the British parliament’s upper chamber held another day of talks concerning the European Union (Notification of Withdrawal) Bill passed last week by the majority of members of the House of Commons to give the government authority to trigger formal exit negotiations with the 28-member bloc.

The U.K.’s exit from the EU would not come “at a discount or at zero cost”, according to Juncker.

"It will be a tough negotiation which will take two years to agree on the exit terms,” he said.

“And to agree on the future architecture of relations between the United Kingdom and the European Union we will need years.”

“The British must respect commitments they were involved in making. So the bill will be, to put it a bit crudely, very hefty," he added.

Meanwhile, the House of Lords continued to discuss Article 50 for a second day.

Lawmakers voted Feb. 8 on the bill that gives Prime Minister Theresa May authority to trigger Article 50 of the Lisbon Treaty that officially begins exit negotiations with the European Union.

The House of Lords is expected to make a decision next week.

It can decide whether to pass it on for royal assent to be signed into law at the end of readings and debates or make amendments and return it to the lower house for further debates before another vote.

The bill was presented to parliament following a U.K. Supreme Court decision that said the government must seek parliament’s approval before triggering the article.

British voters decided to leave the EU in a referendum last June.

May has set the end of March as the deadline to trigger Article 50.