EU calls for end to fighting in Syria

European Union foreign policy chief Federica Mogherini has said more fighting in Syria is not what the bloc expects as Turkey confirmed its troops shelled terrorist positions in Syria. 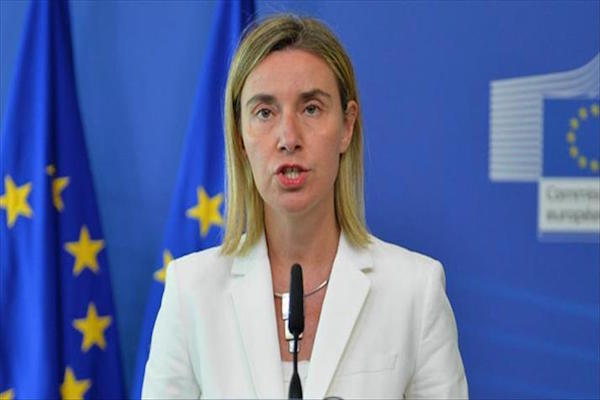 Speaking to reporters ahead of an EU foreign ministers meeting in Brussels on Monday, Mogherini said: "Only a few days ago all of us, including Turkey, sitting around the table decided steps to deescalate and have a cessation of hostilities.

"Having on-the-ground trains that go in the opposite directions is obviously not what we expect," she said.

Mogherini’s comments came after Prime Minister Ahmet Davutoglu said the Turkish army returned artillery fire after coming under attack from the terrorist PYD group based around Azaz in northern Syria.

He stressed that the response was within Turkey’s rules of engagement.

The PYD is the Syrian branch of the terrorist-declared PKK, which has targeted Turkish security forces and civilians since 1984.

On Saturday, Davutoglu demanded the PYD withdraw from Azaz and the nearby Menagh military airbase and warned the group against using either as a base to attack Turkey or Syrian opposition forces.

Around 2.7 million Syrian refugees have crossed into Turkey since the civil war began and the latest offensive has seen tens of thousands more flock to the Turkish border.