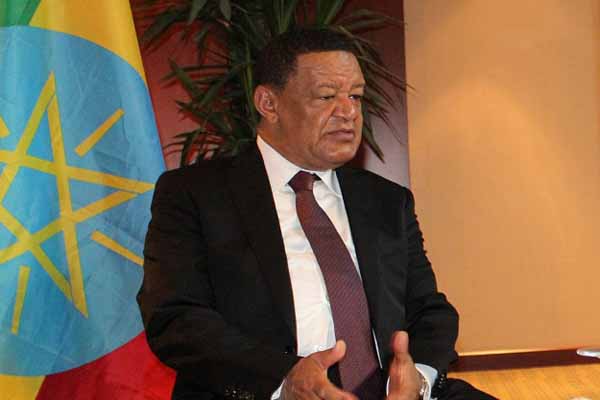 Ethiopian President Mulatu Teshome said Turkey's good relations with his country could be expected to get closer The famines of the 1980s and war with Eritrea in the 1990s saw hundreds of thousands casualties, but today Ethiopia is helping those affected by conflicts on its borders. Fighting in neighboring South Sudan has seen Ethiopiatake in more than 250,000 displaced persons, contributing to a refugee population of nearly 630,000 in the east African state. According to the United Nations refugee agency, Ethiopiahas now overtaken Kenya in terms of offering refuge to those fleeing other African states. Speaking to The Anadolu Agency, President Mulatu Teshome of Ethiopia said his country saw it as its duty to extend the hand of friendly assistance to neighbors South Sudan, Somalia and Eritrea. “We not only share borders but also we share destiny,” he said in an interview in Ankara last week following his attendance at the swearing-in ceremony for Turkish President Recep Tayyip Erdogan. “Ethiopia is trying very hard to bring peace and stability to Sudan,” he added. “We are working very hard in trying to stabilize our neighbors South Sudan and Somalia.”

Mulatu, who is known by his given name, believes thatEthiopia will gain a strong economic partner when peace and stability is established in South Sudan.

The Ethiopian government has been providing humanitarian aid in 23 refugee camps and five transit sites around the country, according to the UN.

South Sudan, which achieved independence from Sudan in 2011, has been shaken by violence since last December, when President Salva Kiir Mayardit accused former vice president Riek Machar of plotting to overthrow the government.

Fighting between government troops and rebels led to 800,000 being forced from their homes.

Turkey’s close relationship with Ethiopia is reinforced by Mulatu’s time as ambassador in Ankara. He was elected president while serving in Turkey last October.

Turkish businesses have invested heavily in Ethiopia, with 115 Turkish firms involved in the country since 2003, investing $1.2 billion.

In addition, more than 20 ongoing consultancy projects involving Turkish firms in the country are worth $2.4 billion.

Trade between the two nations reached $421 million at the end of 2012, when Ethiopia was Turkey’s ninth largest African trading partner.

Mulatu finds the economic ties “encouraging.” He said: “As the former Ethiopia ambassador in Turkey is now the president of Ethiopia, investment is easy [for Turkish companies]. This situation encourages Turkish firms to further invest in Ethiopia.”

He explained that greater foreign investment is expected in Ethiopia. “We are going to adjust to receive more Turkish companies’ investment requests in Ethiopia,” he said. “Trade volume is increasing day by day.”

Close relations between Ethiopia and Turkey were strengthened when The Anadolu Agency opened a regional bureau in the capital Addis Ababa. The agency aims to produce African news in English, Arabic, Turkish and French.

Mulatu welcomed the move as a “wise decision.”