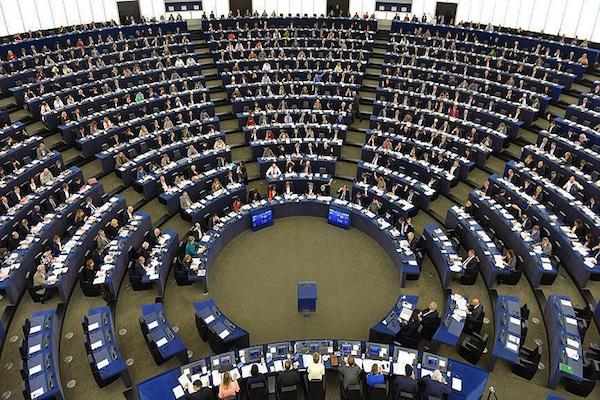 AvrupaLondon - The European Parliament on Thursday urged Myanmar authorities to halt hostilities against Rohingya Muslims and called on the country's de facto leader Aung San Suu Kyi to condemn the violence.The European Parliament calls upon the "military and security forces in Myanmar to immediately cease the killings, harassment and rape of the Rohingya people, and the burning of their homes", a statement said.The Myanmar government "and State Counsellor Aung San Suu Kyi in particular, should condemn unequivocally all incitement to racial or religious hatred and combat social discrimination and hostilities against the Rohingya minority", it added.

MEPs also wondered whether the 1990 Sakharov Prize awarded to Suu Kyi could be revoked for violating the criteria of the prize, reminding the laureate "that this prize is awarded to those who defend human rights, safeguard the rights of minorities and respect international law."

"The prize is awarded to individuals who have made an exceptional contribution to the fight for human rights across the globe, drawing attention to human rights violations as well as supporting the laureates and their cause," according to the EP's website.

EU foreign policy chief Federica Mogherini told MEPs that the EU is "aware and concerned" of "excesses" perpetrated by soldiers in Myanmar and described the situation as "completely unacceptable".

Mogherini said "Myanmar leadership needs to show that democracy is for all - beyond ethnic, social and religious boundaries".

The UN Children's Fund said on Thursday about 400,000 Rohingya Muslims had fled Myanmar since Aug. 25, and around 60 percent of this number consisted of children.

The refugees are fleeing a fresh security operation in which security forces and Buddhist mobs have killed men, women and children, looted homes and torched Rohingya villages.

According to the Bangladesh government, around 3,000 Rohingya have been killed in the crackdown.

The Rohingya, described by the UN as among the world's most persecuted peoples, have faced heightened fears of attack since dozens were killed in communal violence in 2012.

Last October, following attacks on border posts in Rakhine's Maungdaw district, security forces launched a five-month crackdown in which, according to Rohingya groups, around 400 people were killed.

The UN documented mass gang rapes, killings -- including of infants and young children -- brutal beatings, and disappearances committed by security personnel. In a report, UN investigators said such violations may have constituted crimes against humanity.