-'The qualifications of judge Gorusch are beyond dispute,' Trump says 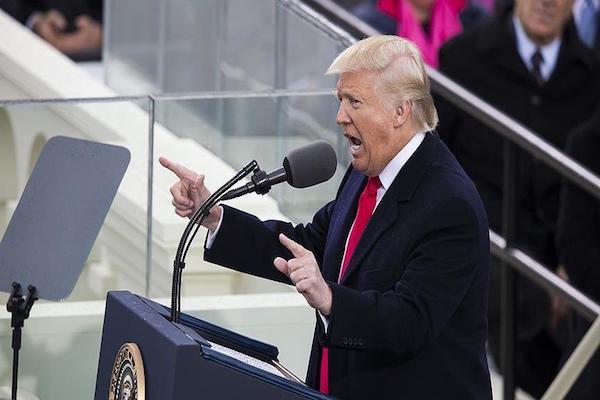 "The qualifications of Judge Gorsuch are beyond dispute," Trump said during an unveiling in the East Room. "I only hope that both Democrats and Republicans can come together for once for the good of the country." Gorsuch, 49, currently serves on the Denver U.S. circuit court of appeals and worked in former President George W. Bush's Justice Department.

If confirmed, the avowed conservative could fill a nearly year-long vacancy on the Supreme Court that has existed since Antonin Scalia died last February.

During brief remarks following Trump's announcement, Gorsuch called fellow conservative Scalia a "lion of the law” as he pledged to be "a faithful servant of the Constitution and laws of this great country" if confirmed.

"The Supreme Court's work is vital not just to a region of the country, but to the whole, vital to the protection of the people's liberties under law and to the continuity of our Constitution, the greatest charter of human liberty the world has ever known," he said.

Lauding the nominee, Republican lawmaker Ted Cruz said his party's obstruction of Garland was drawing "a line in the sand on the behalf of the American people.

"In November, the People spoke, clearly. They elected President Donald Trump, who had repeatedly promised to nominate a justice firmly committed to the following the law and the original understanding of the Constitution," Cruz said in a Facebook post that announced his support for Gorsuch.

Senate Democrats could now filibuster Gorsuch's nomination if at least 41 members choose to do so. The party currently holds 46 chairs in the chamber with two Independents regularly caucusing with them.

Republicans would have to gather 60 senators to outmaneuver the procedural tactic.

So far, Democratic Joe Manchin has pledged not to filibuster any Supreme Court nominee, leaving Republicans to gather an additional seven senators from across the aisle to push through Trump's nominee.