Do Turkish Cypriots have rights in the EU? 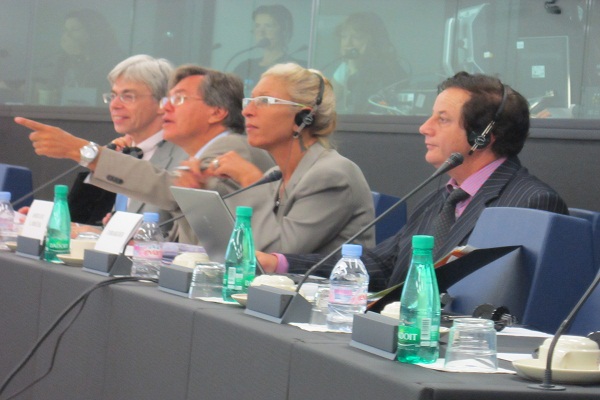 The 11 day event is organised by the Organization for Security and Co-operation in Europe (OSCE), the world's largest regional security body representing 56 member states from Europe, Central Asia and North America. Each year HDIM reviews the commitments by OSCE states to democracy and human rights, looking at ways to enhance compliance with these commitments.

Embargoed! have been at the forefront of raising awareness about the impact of the international isolation of Turkish Cypriots and lobbying for change. The group's deputy chair Fahri Zihni, lawyer Ergin Balli and activist Levent Akbulut will be speaking at this year’s event in Warsaw, Poland. With Greek South Cyprus holding the EU Presidency while Turkish North Cyprus is again frozen out, Embargoed!  will be asking what rights, if any, do Turkish Cypriots have in the European Union?

It will be Embargoed!’s fifth appearance at HDIM, having first attended in 2008. The group will be presenting at the following sessions:

• Rule of Law I, on 26 September (Ergin Balli on ‘The judiciary and the Cyprus property issue’)

• Tolerance and Non-Discrimination I - Equality of Opportunity, on 28 September (Levent Akbulut on ‘The exclusion of Turkish Cypriots in sport’)

Mr Zihni said, “We have been highlighting the discrimination Turkish Cypriots face at HDIM for a number of years and our points are always well received by delegates. We now need to see action by OSCE members. If they are serious about human rights, when are these states and NGOs going to start championing the rights of Turkish Cypriots within the EU family? It is unacceptable to expect Turkish Cypriots to remain indefinitely in the political wilderness, deprived of their basic rights.”

The Republic of Cyprus was formed in 1960 by Greek and Turkish Cypriots. The power-sharing state collapsed in December 1963 and the two communities have managed their own affairs since. International efforts to end the decades-old conflict so that a united Cyprus entered the EU failed in 2004. In a referendum on 24 April, 65% of Turkish Cypriots said “yes” to the United Nations backed Annan Plan, while 76% of Greek Cypriots voted against the plan they had helped draw up. Since entering the EU on 1 May 2004, Greek Cypriots have used their veto powers to block promises made by EU Commissioner Verheugen and world leaders “to put an end to the isolation of Turkish Cypriots”.