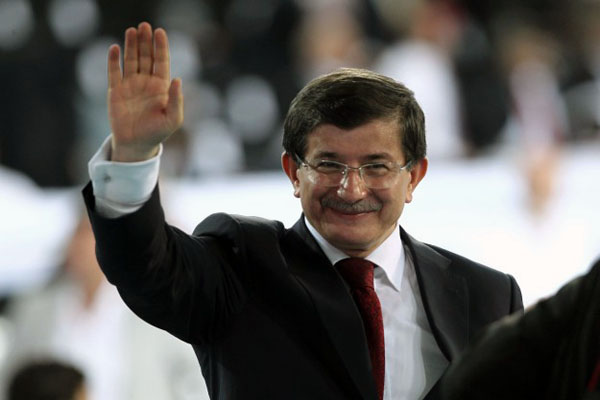 Turkey's Prime Minister-in-waiting Ahmet Davutoglu has been elected leader of the ruling Justice and Development Party. Davutoglu, who has been serving as foreign minister since 2009, was elected Thursday with the votes of 1,382 delegates at an extraordinary congress of the party, known as AK Party. He succeeds President-elect Recep Tayyip Erdogan Erdogan, who will be sworn in to the office on Thursday. During his speech to thank the delegates for his election, Davutoglu pointed to Turkey's upcoming general elections in 2015, saying his party is strong enough to send 330 members to the parliament to change the constitution. AK Party currently holds 313 seats at the parliament. "I believe, with the strong support behind us, we will be successful in 2015," he said. Ahmet Davutoglu became the second chairman of AK Party after 13 years with Erdogan as the leader. He also said his party followed "virtuous" and "ethics-centered" politics and that paid off throughout the party's struggle with opposition parties.