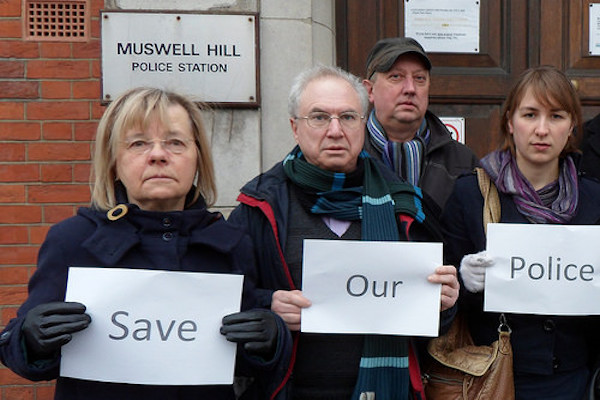 Sir Bernard Hogan-Howe, Head of the Metropolitan Police has committed to keeping Police Community Support Officers after announcements earlier in the year that the support officers would be cut across London.

“Our streets will be safer with these bobbies on the beat and I welcome the decision by the Met not to axe community policing.

“Liberal Democrats across London and locally here in Haringey have been campaigning to save Police Community Support Officers from these cuts. The petition the Lib Dems launched was signed by thousands of Londoners who wanted to keep local neighbourhood policing.

“I am delighted that the Metropolitan Police have seen sense and that Police Community Support Officers will be maintained in London and not cut as planned."

- Sir Bernard Hogan-Howe (Head of the Metropolitan Police) made a commitment to Caroline Pidgeon, Leader of the Liberal Democrat London Assembly Group, at the London Assembly Police and Crime Committee on 17th December. He said Police Community Support Officers will be maintained in London and that one Police Constable and one Police Community Support Officer will remain in every ward in every London Borough.

-The three options presented to the Metropolitan Police’s management board were: axing 1,017 PCSO posts; retaining 629 dedicated ward PCSOs to leave the equivalent of one in each London ward; or keeping the existing structure.

-PCSOs are not police officers, but civilian members of police staff who have different powers. They do not have the power of arrest.