China says presence of a US warship is a provocation

Beijing has called the presence of a US warship near a disputed island in the South China Sea a serious political and military provocation. 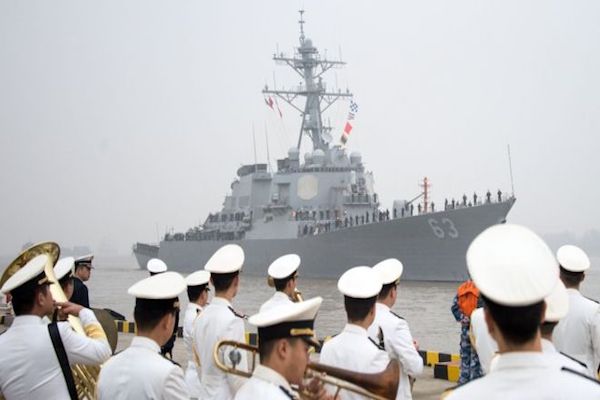 China responded by sending military vessels and fighter jets to the area. It happened hours before US President Donald Trump and Chinese counterpart Xi Jinping spoke on the phone. During the call, Mr Xi told Mr Trump that "negative factors" were affecting US-China relations, according to a read-out of the call carried on Chinese state TV. A White House statement about their call did not say if they had discussed the incident. It said the leaders had instead "reaffirmed their commitment to a denuclearised Korean peninsula". The US has repeatedly warned China against its occupation and aggressive reclamation of islands in disputed waters, but Beijing says it is within its sovereign rights to do so.