Catherine Ashton said on Saturday the EU's 28 nations agreed that available information seemed to show strong evidence that the Syrian government carried out a chemical attack on civilians in August. 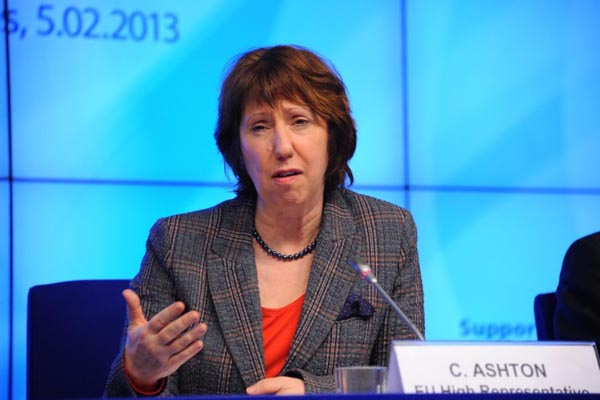 High Representative of the Union for Foreign Affairs and Security Policy for the European Union Catherine Ashton held Assad regime responsible of last month's chemical attack near Damascus, Syria and stated that the international society will not remain idle on Saturday. Ashton said in a statement following an unofficial meeting of EU foreign ministers that "Information from a wide variety of sources confirm the existence of such an attack and seems to indicate strong evidence that the Syrian regime was responsible, given that it was the only party with access to such weapons and the means to deliver them on such a wide scale." Ashton added that "a clear and strong response is crucial to make clear that such crimes are unacceptable and that there can be no impunity." The satement also welcomed comments by French President Francois Hollande that he would wait for the preliminary report before any military action was taken.

"(The government) is the only one that possesses chemical weapons agents and the means of their delivery in a sufficient quantity," Ashton told reporters after meeting EU foreign ministers in the Lithuanian capital of Vilnius

The ministers agreed, she said, that the world "cannot remain idle" and said a clear and strong response was needed to prevent any future use of chemical weapons in Syria.

But they stopped short of lending support to military action proposed by the United States and France. Washington says the Aug. 21 attack killed more than 1,400 people.

Ashton said EU ministers welcomed French President Francois Hollande's commitment to wait for a report by United Nations inspectors on the incident before taking any action.

"The EU underscores...the need to move forward with addressing the Syrian crisis through the U.N. process," she said.