Theresa May and Jeremy Corbyn are returning to their core themes as they tour the country in a last push for general election votes. 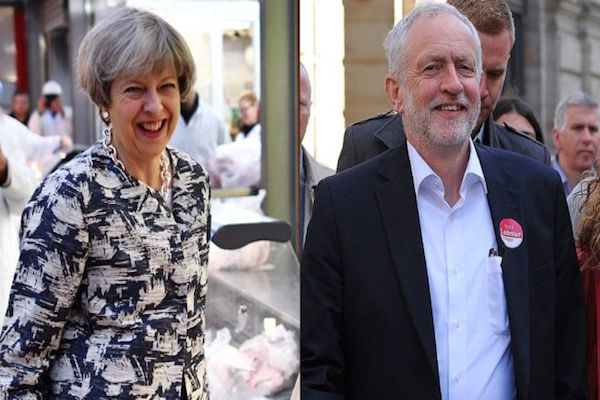 Mr Corbyn, who will speak at rallies in England, Scotland and Wales, says there are "24 hours to save the NHS". Security has dominated the end of the campaign after two terror attacks. Labour has repeatedly criticised cuts to police numbers, while Prime Minister Theresa May is promising to change human rights laws if they hamper a crackdown on suspected terrorists, by potentially seeking opt-outs from the European Convention on Human Rights. The PM's day started in London, where she chatted to butchers at Smithfield meat market in the City. She was accompanied by her husband, Philip, who will be at her side throughout the day as she visits the South Coast, Norfolk, Nottinghamshire and the West Midlands. Mrs May's message focuses on Brexit - the reason she gave for calling Thursday's election 50 days ago - saying money previously spent on EU projects will deliver "huge benefits" across the UK after its withdrawal, due in 2019. She has been highlighting the Tories' pledge of a £23bn National Productivity Investment Fund, focusing on housing, road, rail and broadband improvements.