British ambassador to US resigns over leaked memos

Row over remarks critical of Donald Trump make it impossible to carry out role as I would like, says Kim Darroch 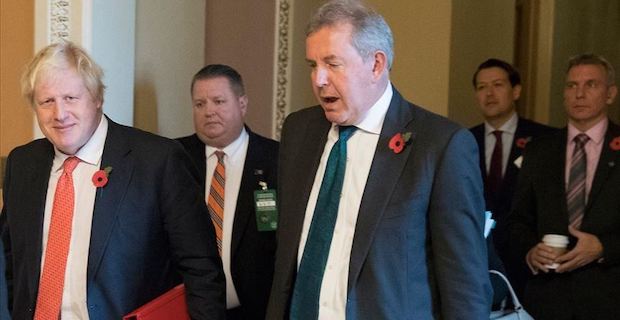 Three days after leaked memos to London critical of the U.S. president made headlines, Britain’s ambassador to Washington is going home. Kim Darroch resigned on Wednesday after Donald Trump refused to work with him in light of the disparaging remarks, notwithstanding the British-American “special relationship.”

Writing to the foreign office, Darroch acknowledged the speculation over whether he would stay on as ambassador, adding: “I want to put an end to that speculation. The current situation is making it impossible for me to carry out my role as I would like.”

In the leaked memos, Darroch described Trump as "incompetent," "inept," and "insecure".

Taking to Twitter earlier this week, Trump attacked both Darroch and Prime Minister Theresa May.

Keywords:
Donald TrumpKim DarrochBritish Ambassador
Your comment has been forwarded to the administrator for approval.×
Warning! Will constitute a criminal offense, illegal, threatening, offensive, insulting and swearing, derogatory, defamatory, vulgar, pornographic, indecent, personality rights, damaging or similar nature in the nature of all kinds of financial content, legal, criminal and administrative responsibility for the content of the sender member / members are belong.
Related News