Boris Johnson wins race to be Tory leader and PM 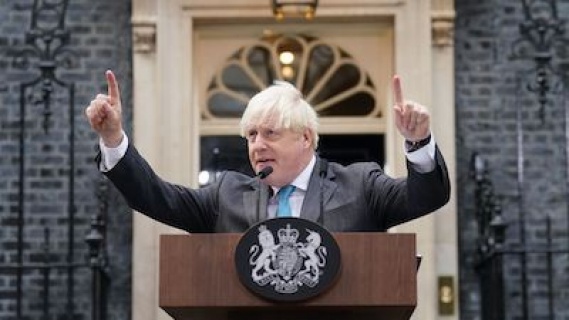 The former London mayor takes over from Theresa May on Wednesday.

Mr Johnson began his acceptance speech by praising his successor, saying it had been "a privilege to serve in her cabinet".

Keywords:
Boris JohnsonJeremy HuntUK Prime MinisterConservative Leader
Your comment has been forwarded to the administrator for approval.×
Warning! Will constitute a criminal offense, illegal, threatening, offensive, insulting and swearing, derogatory, defamatory, vulgar, pornographic, indecent, personality rights, damaging or similar nature in the nature of all kinds of financial content, legal, criminal and administrative responsibility for the content of the sender member / members are belong.
Related News