The MPs voted by 211 to 148 to keep him as party leader and prime minister.At a cabinet meeting on Tuesday, he says he wants to "draw a line" under his problems 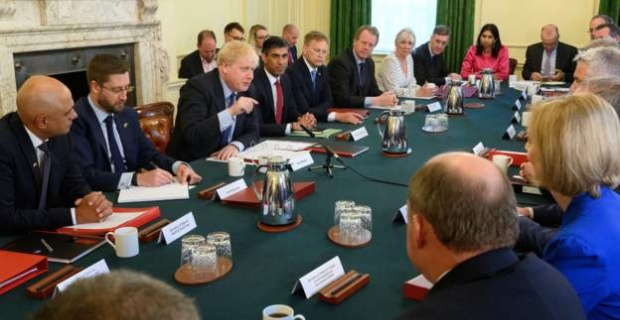 London Downing Street: No current plans for a reshuffle.After some talk of a possible reshuffle, Downing Street officials insist there are "no plans currently" for one, following the confidence vote. The Prime Minister's official spokesman said Boris Johnson now "has a mandate to continue and focus on the issues that matter to the public and that's what you saw this morning". Asked whether Johnson was investigating whether any ministers voted against him, the spokesman said "not that I'm aware of", adding the vote was "deliberately an anonymous process by design". The prime minister held a cabinet meeting after winning the vote 211-148, and said the result meant he could "draw a line under issues our opponents want to talk about"He also urged ministers to cut costs and said the government would deliver economic progress by cutting taxesCabinet members have expressed their support, saying he won "handsomely" and has a "fresh mandate"But some MPs who voted against him have warned that Tory opposition to Johnson is "not over"Former party leader William Hague called the level of opposition "devastating" and urged the PM to resignLiberal Democrats said they would table another motion of no-confidence in the House of Commons, which would dissolve Parliament if passed. But it may not go to a vote and is unlikely to win support from MPsUkraine's President Volodymyr Zelensky said he was glad that his country had not lost "an important ally"

Boris Johnson remains as Conservative leader after winning a vote of his own MPs.The MPs voted by 211 to 148 to keep him as party leader and prime minister.At a cabinet meeting on Tuesday, he says he wants to "draw a line" under his problems.Supporters - and some opponents - of the PM also say it's time to move on."I think [the PM] won the vote comprehensively," says Johnson critic Andrea Leadsom.But former leader Lord Hague says it's time for Johnson to go"The damage done to his premiership is severe," Lord Hague says.Meanwhile, Ukraine's President Zelensky says he is "very happy" that Johnson remains PM 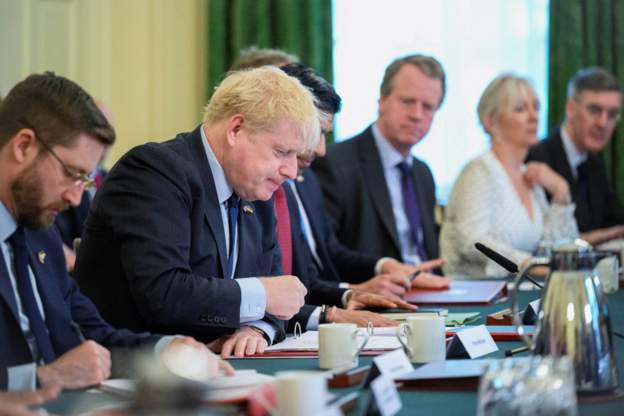 Boris Johnson invited the cameras to his cabinet meeting this morning, as his government tried to make a fresh start following last night's confidence vote. Here's a recap of what he said:The "fundamental Conservative instinct" was to let people decide how to spend their own money, and "delivering tax cuts" would contribute "considerable growth in employment and economic progress"Over the coming weeks, he said, he would ask the cabinet to produce plans to cut costs and reform government operationsJohnson told colleagues to "make sure that you're thinking the whole time about cutting the costs of government, about cutting the costs that business has to face and of course cutting the costs that everybody else faces, families up and down the country"He claimedlast night's result meant "we are able now to draw a line under the issues that our opponents want to talk about"The prime minister said the government would focus on "levelling up" to address regional inequality, as well as supporting people through the "aftershocks of Covid"And he said he wanted the government to concentrate on the effectiveness of services - amid criticism of delayed passports and driving licences, and post-pandemic hospital waiting lists

Former UKIP and Brexit Party leader, Nigel Farage, says last night's result - where Boris Johnson won by 211 votes to 148 - was a "slightly" bigger rebellion than he expected."Although if they'd shown more guts, the prime minister would've been gone," he tells his Twitter followers.Looking ahead, Farage warns the vote will not only damage Johnson in the long-run but to "conservatives and conservatism" on the whole. He said there were now "no arguments" for cutting taxes or for growth, only "false arguments" about Brexit being done.Johnson now poses a "threat", Farage warns. "Why? Because he's leading the party to disaster."