Believing that a federation model in Cyprus would be a sustainable solution is only a dream, Çavuşoğlu says

Turkish Foreign Minister Mevlüt Çavuşoğlu stated that a fair and sustainable solution to the Cyprus problem could only be created by a realistic point of view hence it is time to start thinking of a two-state solution for the island. 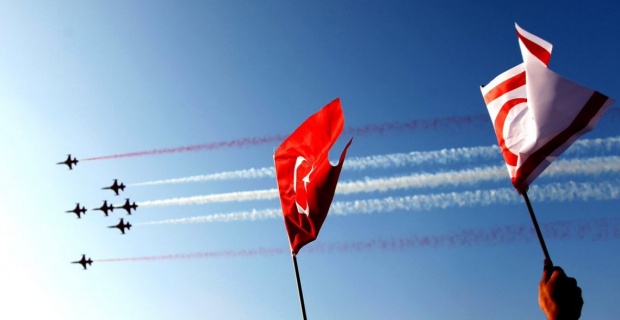 AVRUPA TIMES/LONDON-Turkish Foreign Minister Mevlüt Çavuşoğlu stated that a fair and sustainable solution to the Cyprus problem could only be created by a realistic point of view hence it is time to start thinking of a two-state solution for the island.Minister Çavuşoğlu made evaluations to the Global Media Journal and underlined that over 50 years of talks on the Cyprus issue have yielded nothing because of the constant attitude of the Greek Cypriots who have never accepted the sharing of the power and wealth with the Turkish Cypriots.

Stating that the Greek Cypriot Administration rejects giving up the so called ‘unitary state’ Cavuşoğlu added : “therefore believing that a bizonal, bicommunal federation would be a sustainable solution to the Cyprus problem is only a dream.”

Keywords:
CyprusFederation Model In CyprusFederation Cyprus
Your comment has been forwarded to the administrator for approval.×
Warning! Will constitute a criminal offense, illegal, threatening, offensive, insulting and swearing, derogatory, defamatory, vulgar, pornographic, indecent, personality rights, damaging or similar nature in the nature of all kinds of financial content, legal, criminal and administrative responsibility for the content of the sender member / members are belong.
Related News