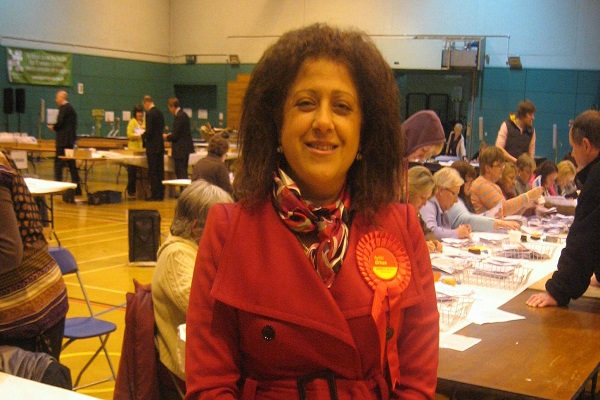 The seat dates back to 1918. Generally a Labour safe seat since World War II, it was gained narrowly by a Conservative in their major win in the 1983 General Election who gained a much increased majority in 1987 before holding the seat narrowly in 1992. It has had safe Labour majorities since 1997, and with the exception of the Conservative ward of Bush Hill Park, all other wards are usually safely Labour at local level.

Turkish Cypriot origin British Ayfer Orhan is now shortlisted for Edmonton is a constituency in Greater London. Edmonton Borough constituency for the House of Commons. Three candidates have been chosen from more than 100 Labour hopefuls vying to become the next MP of Edmonton.Enfield Borough Councillor Ayfer Orhan, cabinet member for education, former Mayor of Enfield Cllr Kate Anolue, and GP practice manager in Edmonton Kate Osamor have been named on the three-woman shortlist to replace Andy Love as the Labour candidate following interviews with 12 candidates yesterday.

Labour Friends of Turkey President  Nilgun Canver says : "This is a historical moment for the Turkish Speaking community. In particular, Turkish Cypriots have been in this country far too long not to have a representation. The key thing is Ayfer Orhan is experienced, a great advocate for the local people and she has an impressive track record of working with all communities of Edmonton and Enfield."

Canver added: "A huge Congratulations to my dear friend Ayfer Orhan for being shortlisted for the Edmonton seat!..In my opinion, as twice PPC she is the most experienced and the best candidate out of the 3 shortlisted. Well done Ayfer Orhan! We are proud of you! Let the campaigning begin"

The constituency occupies the south eastern part of the London Borough of Enfield. It is made up of seven electoral wards from the borough:  Bush Hill Park, Edmonton Green, Haselbury, Jubilee, Lower Edmonton, Ponders End, Upper Edmonton Boundary review Following its review of parliamentary representation in North London, the Boundary Commission for England made some changes to Edmonton. Ponders End ward was transferred from the constituency of Enfield North to Edmonton. Part of Southbury ward was transferred to Enfield North. Parts of Grange ward, Palmers Green ward, and Bowes ward were transferred from Edmonton to Enfield, Southgate. Part of Bush Hill Park ward and a tiny part of Upper Edmonton ward were transferred from Enfield, Southgate to Edmonton.