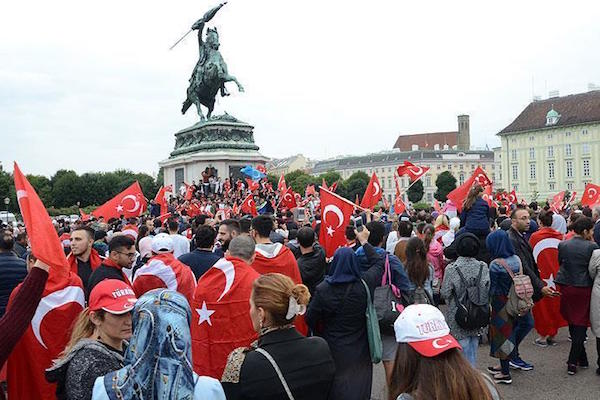 Austria's far-right Freedom Party candidate for president has called for an investigation on Turkish residents who took to the streets of the capital Vienna in the wake of the July 15 coup attempt in Turkey.

He called for a "ban on naturalization for Turks living in Austria until the dual citizenship issue is solved".

Hofer went on to say that If Turkey joined the EU then he would support an Austrian exit from the bloc.

On Aug. 3, Austrian Chancellor Christian Kern had also called accession talks with Turkey a "diplomatic fiction" and said he wanted the EU leaders to reconsider their approach with regards to Ankara.

Turkey has been a candidate country for EU membership since 2005.

On July 1, Austria’s Constitutional Court annulled the results of May’s presidential election and called for a rerun.

The court said the election would have to be repeated nationwide after the discovery of irregularities in the count in several voting districts.