As 2014 Elections Approaching Past, Present and Future of Politics in Turkey 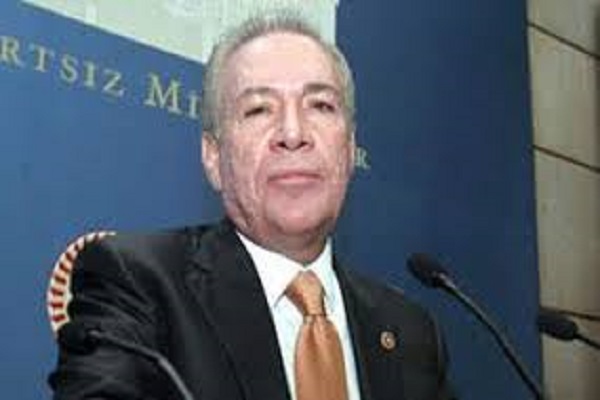 After the 2002 elections, that were held before the damages of 2001 crisis were yet to be healed, AK Party managed to form a single party government by merging various segments of the society. AK Party had close relations with Fethullah Gülen's 'Hizmet' movement (also known as 'cemaat'). In fact, the AK Party government was considered as a joint venture of 'National View Movement's reformist arm and the Gülen Movement. However, following the corruption cases that were surface on 17th of December 2013 and the operations during which sons of three ministers were arrested, the conflict between these parties were revealed and became the hottest topic in Turkish politics as 2014 Elections draw near. With AK Party government's moves after 17 December and the new cases that were publicised, this conflict keeps its position in Turkey's agenda. As Turkey is preparing for local elections in March, the rumours and assumptions regarding the Presidential Elections of August started to be hotly debated. The rivalry between the President Gül and the Prime Minister Erdoğan is also hot topic on the agenda. What will change with the March 2014 elections and what will not? How are the routes of AK Party and Turkey going to be shaped after local elections? What is the role of Fethullah Gülen Movement? How are the stances of opposition parties, CHP, MHP and BDP, going to be? What is awaiting Turkey in the presidential elections? Mr. İşbaşaran is going to elaborate on these questions and seek answers at his speech.

Speaker: Feyzi İşbaşaran is a Turkish politician and businessman. He was graduated from Trade and Tourism Education Faculty at Gazi University, Ankara. He contributed to the foundation of the Anavatan Partisi (Motherland Party -- ANAP). He worked as the Chief Advisor and Private Secretariat of the Prime Minister Turgut Özal. He also worked as the Executive Board Member of Ereğli Demir Çelik Factory and VakıfBank, as well as the Chairman of the Executive Board of Turban Turizm. When Turgut Özal became the president, İşbaşaran became the Chief Advisor to the President. He was elected as an İstanbul MP of ANAP at the 1991 elections. He worked as the member of the Commission of Human Rights in the Turkish Grand National Assembly (TGNA) and the Deputy President. He worked as the member of the Central Decision-Making and Administrative Board of ANAP. Mr. Başaran also served as the Deputy President and the General Secretary of ANAP. In 2007, he was elected as a MP of Adalet ve Kalkınma Partisi (Justice and Development Party -- AK Party) from Elazığ. He worked as the member of the Environmental Commission in the TGNA. In 2009, he resigned from the AK Party due to a disaccord with the party administration. He worked as an independent MP in the TGNA. He is a member of the Congress of Fenerbahçe Sports Club and the Ankara-Kavaklıdere Tennis Club.

This event is free and open to public but it is a ticketed event that requires pre-registration. A ticket does not guarantee a seat. Please register and reserve a ticket at the link below or by sending an e-mail to events@researchturkey.org.

If you have any queries, please contact us at: events@researchturkey.org.

Centre for Policy Analysis and Research on Turkey (ResearchTurkey)

Centre for Policy and Research on Turkey (ResearchTurkey)'s public conference entitled "As 2014 Elections Approaching: Past, Present and Future of Politics in Turkey" in which Feyzi İşbaşaran will give a talk. This event will take place on Monday, 10 March 2014 between 6:00 p.m. and 8:00 p.m. at NAB.2.04, New Academic Building, LSE, 54 Lincolns Inn Fields, WC2A 3LJ. Dr. Gül Berna Özcan (Reader in International Business and Entrepreneurship at the School of Management, Royal Holloway, University of London) will kindly chair this event.

The event will be held in Turkish language. Please find below the synopsis of the talk along with a short biography of the speaker Feyzi İşbaşaran.