Akıncı, We are saddened by the result but we did our utmost 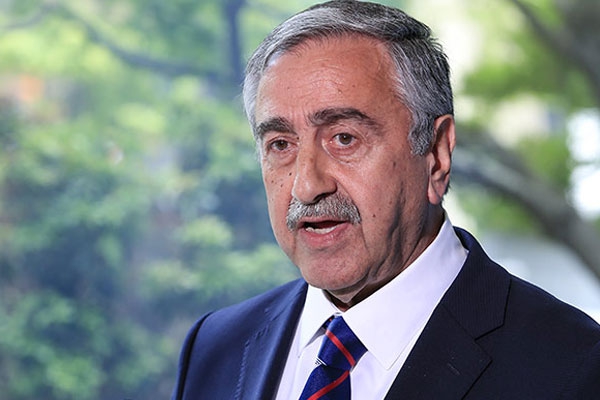 Before leaving Switzerland, President Akıncı evaluated the Cyprus Conference, which took place from 28 June to 7 July 2017 in Crans-Montana, at a press conference. Akıncı said that they are saddened by the outcome, but that they did their utmost to find a solution.Pointing out that he carried out the negotiations together with the negotiating team during the last two years of the 50-year-old Cyprus problem, , Akıncı said, “The real architect of the five-party conference is the Turkish Cypriot side. If we had not made such steady and persistent efforts in this regard, I believe that this process would not have come to this stage, it could not have".Stating that it was possible to create an environment from which both sides win, and that they were very close to that point, Akıncı said, "Unfortunately, no result has been achieved and now both sides lost".Akıncı emphasized that he wants to make an objective assessment and that all his work has been carried out to establish a bi-communal, bi-zonal federal structure in which Turkish Cypriots would live in equality, security and freedom, and added, "Of course if these conditions will not be available, I cannot recommend our people to make an agreement”Stating that the Greek Cypriot side said that the failure of the conference was due only to military and security issues, Akıncı pointed to the UN Secretary-General Guterres' statement and stressed that the failure was not because of the military issue.Akıncı also said that there was a difference in approach from the beginning of the talks, and claimed that the Greek Cypriot side insistently tried to turn the conference into a conference on security and guarantees